The Korean won was slightly lower on Tuesday, with the dollar buying 1,132.08 won. South Korean stocks closed at a record high on Monday. 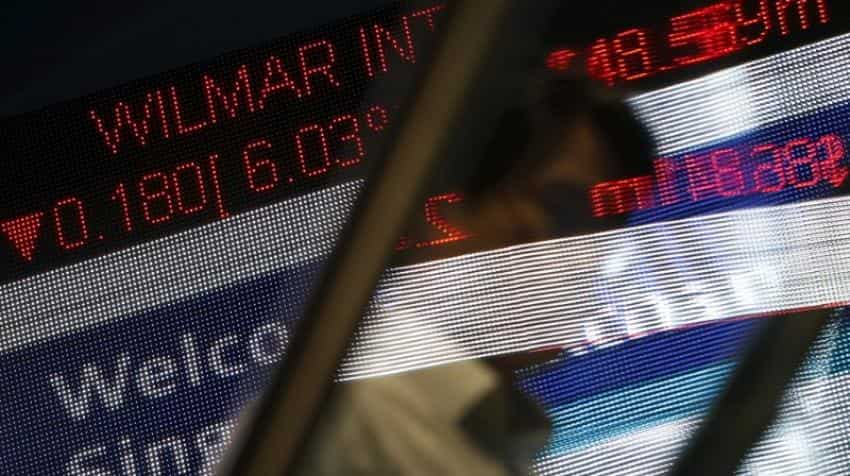 Asian stock markets were subdued on Tuesday, taking their cue from a flat Wall Street, as investors searched for the next catalyst following France`s presidential election, while oil inched higher on expectations OPEC supply cuts will be extended.

The South Korean market is closed for Tuesday`s presidential election, in which liberal Moon Jae-in is widely expected to win the presidency, following months of leadership vacuum since former President Park Geun-hye was removed in March on charges of bribery and abuse of power.

The polls opened at 6 a.m. (2100 GMT on Monday) and will close at 8 p.m. (1100 GMT). The winner is expected to be sworn in on Wednesday after the Election Commission releases the official result.

Allies and neighbours are closely watching the election amid escalating tensions over North Korea`s accelerating development of weapons since it conducted its fourth nuclear test in January last year. It conducted a fifth test in September and is believed ready for another.

North Korea would be keen to see a Moon victory. Its official Rodong Sinmun newspaper said in a commentary on Monday the time had come to put confrontation behind the Koreas by ending conservative rule in the South.

The Korean won was slightly lower on Tuesday, with the dollar buying 1,132.08 won. South Korean stocks closed at a record high on Monday.

The MSCI World index, which touched a record high overnight, edged lower. The dollar was also little changed at 113.23 yen , retaining most of Monday`s 0.4 percent gain. The dollar index was slightly higher at 99.095.

The euro crawled up 0.1 percent to $1.09305 after tumbling 0.7 percent on Monday. "The interesting and almost predictable price action we saw overnight was the classic `buy the rumour, sell the fact` scenario playing out in French and EUR-denominated assets," Chris Weston, chief market strategist at IG in Melbourne, wrote in a note.

"We remain largely constructive of the equity market and view that the path of least resistance is higher," said Bill Northey, chief investment officer at U.S. Bank`s Private Client Group.

In commodities, U.S. crude edged up from a near-six-month low hit last week, lifted by statements from major oil producing countries that supply cuts could be extended into 2018. U.S. crude advanced 0.3 percent to $46.54 a barrel in early trade.

Gold recovered from a seven-week trough touched on Friday as risk assets took a breather. Spot gold rose 0.2 percent to $1,227.98 an ounce.