"We engaged repeatedly with China on our trade and investment concerns and the problems caused by their 'One Belt, One Road' initiative, which often leaves countries with excessive debt and poor-quality projects," he said. 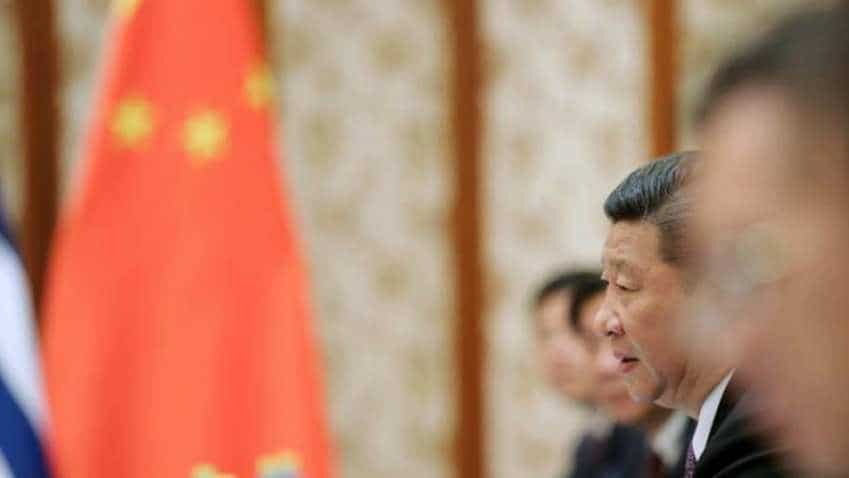 India will not accept project that violates its sovereignty: MEA on China's OBOR

China's ambitious 'One Belt, One Road' (OBOR) initiative often leaves countries with "excessive debt" and "poor-quality" projects, the Trump Administration told lawmakers, asserting that the US is seeking debt transparency from the Chinese.

Treasury Secretary Steven Mnuchin has pushed forward an initiative on debt transparency that will, in the near term, significantly increase public disclosure and broaden the existing definition of international debt beyond traditional bonds and loans, David Malpass Under Secretary of Treasury for International Affairs told lawmakers during a Congressional hearing Wednesday.

"This will help push back on China's over-lending to fragile developing nations, including those with weak governance," he said during a hearing on 'Evaluating the Effectiveness of the International Financial Institutions' by the House Financial Services Committee.

"We engaged repeatedly with China on our trade and investment concerns and the problems caused by their 'One Belt, One Road' initiative, which often leaves countries with excessive debt and poor-quality projects," he said.

If countries default on these debts, China often gains influence over the host government and may take ownership of the underlying assets, he said.

As such the US has built a common awareness of these concerns in the G7 and G-20.

"In lending, China often fails to adhere to international standards in areas such as anti-corruption, export credits, and finding coordinated and sustainable solutions to payment difficulties, such as those sought in the Paris Club," he said.

In the last two years, he said, the US has increased its efforts to sensitising the world on this and having a shared discussion with other G7 countries on how they are going to deal with this where all countries are doing business around the world, and yet the second biggest country in the world is not using the same principles.

"That is discussed and it's actually discussed also in the G20, which includes China," Malpass said. "It is interesting to have a discussion like this with China right there, and China often recognises that it does have things that it needs to change in this regard as well."

One thing is to have a meeting of the minds of countries around the world that there is a big challenge when the world's second biggest economy is nonmarket, he said. "So and then as a practical matter, how do we get them to come toward the world in a number of standards areas?" he said, adding that one of those is the OECD has an anti-bribery standard.

Citing Congo, he said China has lent a lot of money with nontransparent terms so that often sometimes the country itself doesn't know what the terms of the loan are or who signed the loan, what the commitments were that were made, and whether there was corruption underneath it.

"We're working specifically on the Congo, Brazzaville to reduce its debt, but it turns out most of its debt is to China, and China won't disclose or has not been willing to fully disclose what that debt is. Those discussion take place both in the Paris Club, and also there's a separate discussion that's the International Working Group," he said.

"But they sit around in a room and pressure China to disclose debt, and we're at the point where -- in fact, there's a Paris Club meeting going this week in Paris where we will be making clear to China that they can't come to meetings. They're going to be excluded from meetings if they're not participating. So those are some of the initiatives that we've got going," Malpass said.

Responding to a question, Malpass said that in Djibouti, China tool physical possession of land as payment for the debt. Another country that's currently having debt difficulties, Gabon, which is trying to work out the terms with China.

"Within the international law sphere, though, there is the difficulty of if there's not a bankruptcy process or there's not a debt-lowering process, the lender can claim rights, which is what China has been doing, and that's what we're working hard, he said.

Mnuchin, he said, has launched a powerful global initiative to force transparency of debt.

"Our first step in getting a resolution of this is to work -- get the IMF and the World Bank to work with countries to make sure that they're aware of the debts that they're taking on and then have a methodology for dealing with those debts, which they often don't have right now," he said.

India will not accept project that violates its sovereignty: MEA on China's OBOR