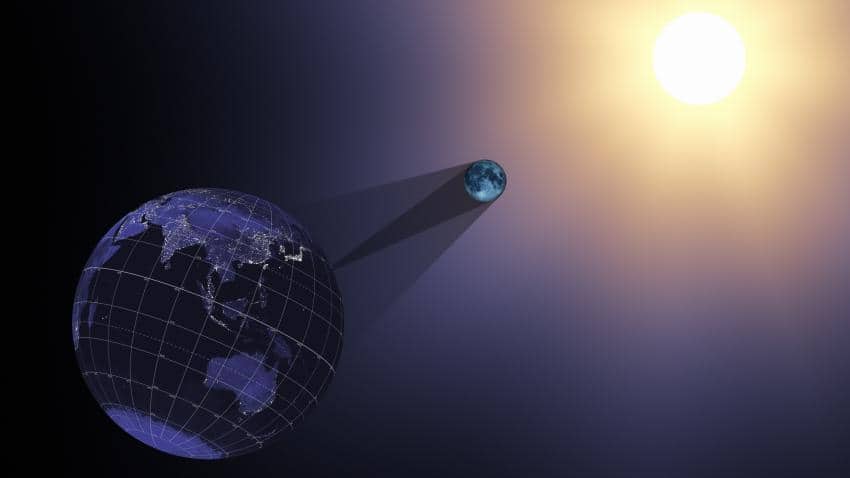 On August 21, 2017, the Earth will cross the shadow of the moon, creating a total solar eclipse. Eclipses happen about every six months, but this one is special. Pic: NASA
Written By: IANS
RELATED NEWS

Solar Eclipse 2020 December 14: How to watch LIVE STREAM in India - Date, Time, NASA, Slooh YouTube Channels and all you need to know

US space agency NASA said that it has no pending announcement regarding extraterrestrial life, following a wave of media reports that it was about to announce the evidence of alien life.

Contrary to some reports, there’s no pending announcement from NASA regarding extraterrestrial life.

"Are we alone in the universe? While we do not know yet, we have missions moving forward that may help answer that fundamental question," he tweeted.

The wave of media reports emerged after hacking group Anonymous posted a 12-minute video on YouTube, in which a man wearing a mask in a clear synthesized voice said that at a Congressional hearing in April, Zurbuchen had said: "Our civilization is on the verge of discovering evidence of alien life in the cosmos."

"Taking into account all of the different activities and missions that are specifically searching for evidence of alien life we are on the verge of making one of the most profound and unprecedented discoveries in history," the masked man quoted Zurbuchen as saying.

The video, which also touches on the latest discovery regarding Earth-size planets circling the star TRAPPIST-1 and several supposed UFO sightings, has so far been watched by more than 1 million viewers.

Solar Eclipse 2020 December 14: How to watch LIVE STREAM in India - Date, Time, NASA, Slooh YouTube Channels and all you need to know