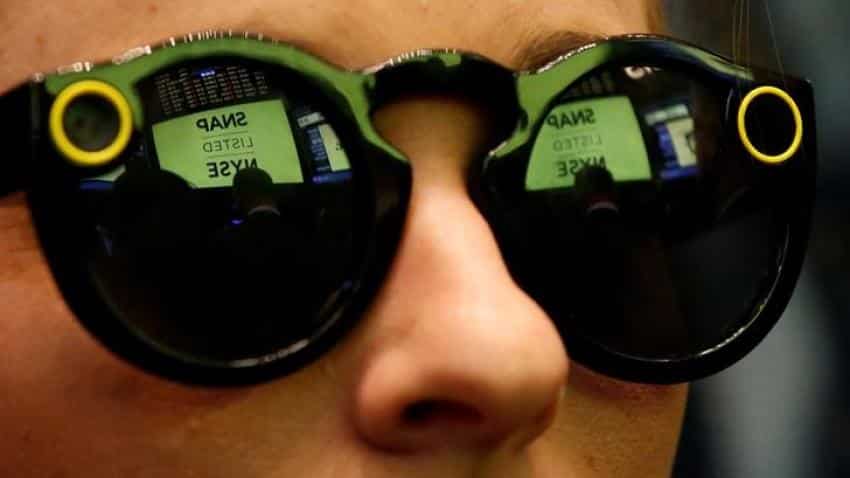 Snap declined to comment on trading in its shares. Photo: Reuters
Written By: Reuters
RELATED NEWS

For some millennial investors, loyalty to one of their favorite apps matters more than financial details in the case of Snap Inc.

The stock of Snapchat`s parent company has been on a roller-coaster ride since its market debut last week, surging more than 70% from the initial public offering price in the first two days of trading and plunging back down by a quarter since.

Some seasoned investors have been wary of the volatile, relatively high-priced stock of a company that has yet to report a profit. But novice investors said their deep affinity with the disappearing-message app prompted them to jump in.

"I bought it even when I was pretty positive I would not make a profit in the short run, but just because I am a fan of the product," said Chris Roh, a 25-year-old software engineer in San Francisco, who has only been trading stocks for about a month on Robinhood, a mobile trading app popular among millennials.

Snap sold shares at $17 a piece in its IPO on March 1. The day after, on the first day of trading on the New York Stock Exchange, the stock popped as high as $26.05. Roh said he bought the stock on that first trading day at $25 a share.

Trading activity on Robinhood jumped by 50% on the day of Snap`s debut, with more than 40% of those who traded that day buying Snap shares. The median age of Snap shareholders on the platform were 26, the same age as Snap Chief Executive Evan Spiegel, according to Robinhood.

"Snap just felt like the IPO of my time and seeing where Facebook and Amazon are now, I really think Snap has the potential to grow (like them)," said Markley, who bought the shares through Stockpile, another online brokerage aimed at millennials, generally defined as people reaching young adulthood in the early part of this century.

Markley said she bought some shares in Snap on the first day of trading and some more on the second day, when the stock hit the highest level of its short lifetime.

"There are a lot of companies I don`t know or recognize, but Snap, I use the product, and know everyone - my friends, my co-workers, even my parents - uses it."

Although some more experienced investors have avoided loss-making Snap, millennials were not alone in their hunger for shares of the company, which now has a market value of more than $25 billion.

Many sophisticated institutional money managers were also intent on getting a piece of the hottest tech IPO in years, despite concerns about the company`s slowing user growth and lack of voting rights for new shareholders.

Snap declined to comment on trading in its shares.

Companies with especially enthusiastic customer bases, such as action-camera maker GoPro Inc, social games company Zynga Inc and English soccer club Manchester United Plc, have in the past attracted fans to dabble in their IPOs.

But the wildly popular Snapchat - with an average of about 158 million daily active users - appears to be taking the enthusiasm to another level, some analysts and brokers said.

"One of the non-fundamental reasons driving the stock is that many millennials purchased Snap shares at inflated levels due to their preference for the product," said Shebly Seyrafi, managing director at FBN Securities. "That is, not due to a real understanding of the number or valuation."

Snapchat`s users, mostly in the 18-34 age range coveted by advertisers, spend an average of 25 to 30 minutes on the app and visit it more than 18 times a day, according to the company, making it more visited than any other social media platform.

"Snap is tapping into the pride of ownership (for millennials) which we don`t see often in the stock market," said Dan Schatt, chief commercial officer at Stockpile.

Snap`s IPO gave Stockpile its biggest single day since it launched in 2015, nearly 10 times the service`s daily average in transaction and sales.

"Snap is offering the comfort of buying something that you know so well, understand and use it every day, which is what these young investors want," said Schatt, whose teenaged daughter and son also bought Snap shares with his approval on Stockpile.

On StockTwits, a Twitter-like platform for sharing trading ideas, where 40% of users are between the ages of 18 and 34, Snap has been the most talked-about stock for days.

There are concerns about slowing user growth and competition from Facebook Inc. The overall sentiment on the stock is now 44% bullish and 56% bearish, compared to early February when bullish sentiment was 100%, according to StockTwits.

That has not deterred Tiffany Dun, a San Francisco-based mortgage consultant in her late 20s who purchased 125 shares in Snap on the first day of trading at about $22 a share.

"There`s always risk to everything," she said. "I use the product and I like it, so I bought some."