Lionel Messi scripted history for FC Barcelona but was unable to stop his side dropping two vital points as they were held to a 1-1 draw at home to Cadiz -- a result which severely dents their slim title hopes. 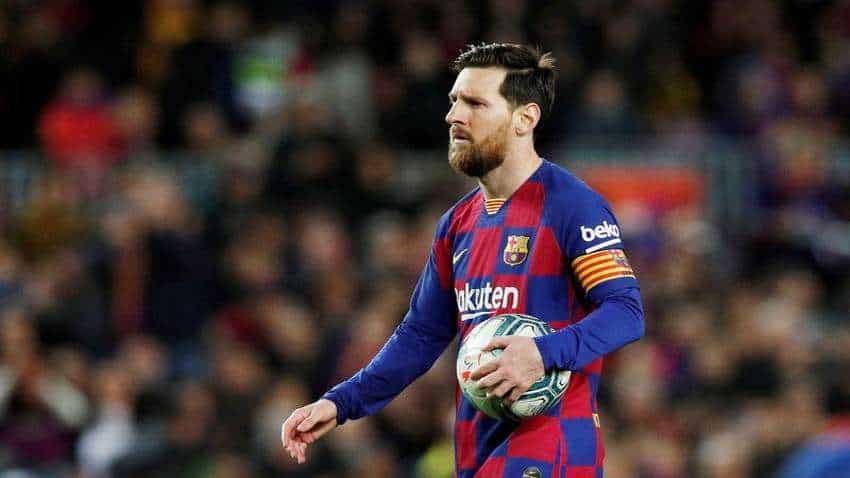 Lionel Messi scripted history for FC Barcelona but was unable to stop his side dropping two vital points as they were held to a 1-1 draw at home to Cadiz -- a result which severely dents their slim title hopes.

He also opened the scoring on Sunday with a 31st minute penalty after 18-year-old Pedri had been brought down in the Cadiz area, although in the end that would not be enough to give Barca all three points after Alex Fernandez netted a late penalty for the visitors.

Barca went into the game on the back of their 4-1 humiliation to Paris Saint Germain in the Champions League on Tuesday night, while Cadiz had been thrashed 4-0 at home to Athletic Club Bilbao 24 hours earlier and travelled to Barcelona in freefall after conceding 15 goals in their last four games.

The first half saw Barca control the ball but failed to add to their total, after both Pedri and Frenkie de Jong saw goals ruled out for previous offsides given against Antoine Griezmann.

Barca were less dominant in the second half, but Cadiz keeper Ledesma had still to save well from Ousmane Dembele and Griezmann, before Messi fired over after an excellent pass from Pedri.

Cadiz were producing nothing in attack, but with Rique Puig firing just wide and Messi shooting over, they were still in the game and a rash challenge from Clement Lenglet, who made a light contact on Cadiz substitute Ruben Sobrino in the 89th minute gifted the visitors a chance that Fernandez was delighted to take.

The result leaves Barca eight points behind Atletico Madrid and five behind Real Madrid, who have played a game more.