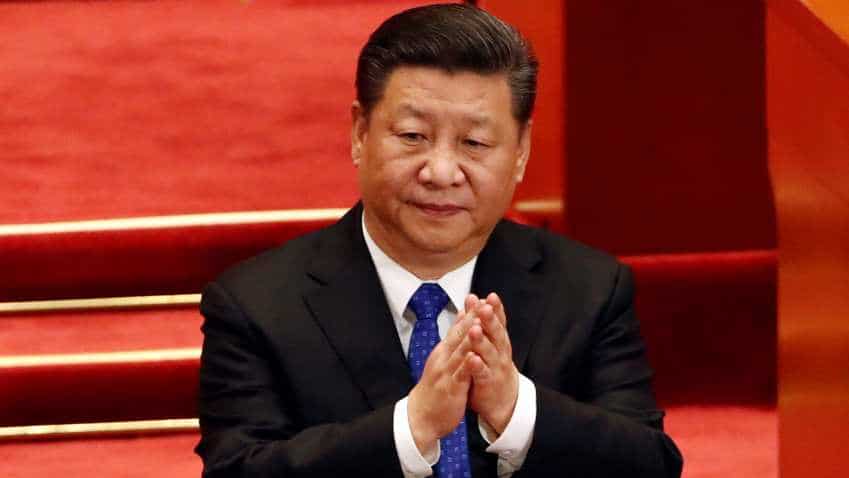 Chinese President Xi Jinping, Russian President Vladimir Putin and Israeli Prime Minister Benjamin Netanyahu were among top world leaders who congratulated Prime Minister Narendra Modi on Thursday on his impressive victory in the general elections as they vowed to work with him to bolster the bilateral ties. President Xi extended "heartfelt" congratulations to Prime Minister Modi on his election victory and vowed to work with him to take the bilateral ties to a new height. "On the occasion of the National Democratic Alliance winning the 17th Lok Sabha election of India under your leadership, I would like to extend my heart-felt congratulations," Xi wrote in a letter to Modi.

As important neighbours to each other, China and India are two largest developing countries and emerging economies in the world. In recent years, China-India relations have shown strong momentum of development under the joint efforts of both sides, according to the letter. "I attach great importance to the development of China-India relations and would like to work with you to guide the development directions of the bilateral relations, enhance mutual political trust, expand pragmatic cooperation and promote the closer developmental partnership between the two countries to a new height," Xi said.

His message congratulating Modi even before the official announcement of results came as a surprise as normally, by practice and protocol, the Chinese leadership greets leaders of other countries after the official results are declared.

Considering the bonhomie and friendship between Xi and Modi, who met numerous times in the last few years and had their first informal summit at Wuhan last year, officials said that Xi did not wait for an official declaration of the polls due to the strong showing of the NDA.

President Putin congratulated Modi on the convincing victory of his party in the elections and expressed his readiness to work together to build up the full range of bilateral relations.

"I am convinced that, as the Prime Minister of India, you will further strengthen the centuries-old friendship between our peoples and the all-round development of a particularly privileged strategic partnership between Russia and India," Putin said in a congratulatory message.

The Russian leader expressed his readiness to continue fruitful personal contacts with Prime Minister Modi and to work together to build up the full range of bilateral relations and constructive interaction in international affairs, the Kremlin said in a statement.

During the conversation, both leaders noted the advances made in the bilateral relationship in the last five years and reiterated their commitment towards further strengthening the India-Japan Special Strategic and Global Partnership to achieve their shared vision of peace, progress and prosperity.

The two Prime Ministers looked forward to their meeting during the G20 Summit in Osaka next month.

Netanyahu congratulated Modi and vowed to strengthen their "great friendship" as well as bilateral ties. "The election results are a re-approval of your leadership and the way you lead the world's greatest democracy. Together we will continue to strengthen the great friendship between us and India and Israel and lead it to new heights," Netanyahu tweeted in Hebrew, Hindi and English.

Afghan President Ashraf Ghani congratulated Modi on a strong mandate and said the government and the people of Afghanistan look forward to expanding cooperation between the two democracies in pursuit of regional cooperation, peace and prosperity for all of South Asia.

Nepalese Prime Minister K P Sharma Oli congratulated his Indian counterpart and hoped to work closely with him in future.

"I extend warmest congratulations to Prime Minister @narendramodi ji for landslide election victory in the Lok Sabha Elections 2019. I wish all success ahead. I look forward to working closely with you," he tweeted.

Bangladesh's Prime Minister Sheikh Hasina congratulated her Modi on his election victory and said this "emphatic verdict is a reflection of the trust and confidence reposed on you by the people of the world's largest democracy."

"I strongly believe that with the renewed mandate given to both of us by our respective peoples, Bangladesh-India ties, which have already been termed as a role model of good neighbourliness, will be further consolidated and our relations will scale newer heights," Hasina said.

"I wish peace, happiness and prosperity for the people of India and my best wishes for your good health, continued success and a long life. I look forward to welcoming Your Excellency in Bangladesh at your convenience."

Bhutan's Prime Minister Lotay Tshering offered heartiest congratulations to Prime Minister Modi and said he looks forward to working closely with him in years to come.

Prime Minister Modi led his Bharatiya Janata Party towards what looks set to be a resounding victory for a second term in office.