The Ashraf Ghani government has rejected Islamabad`s allegation that Afghanistan was allowing its territories to be used by India to destabilize Pakistan. 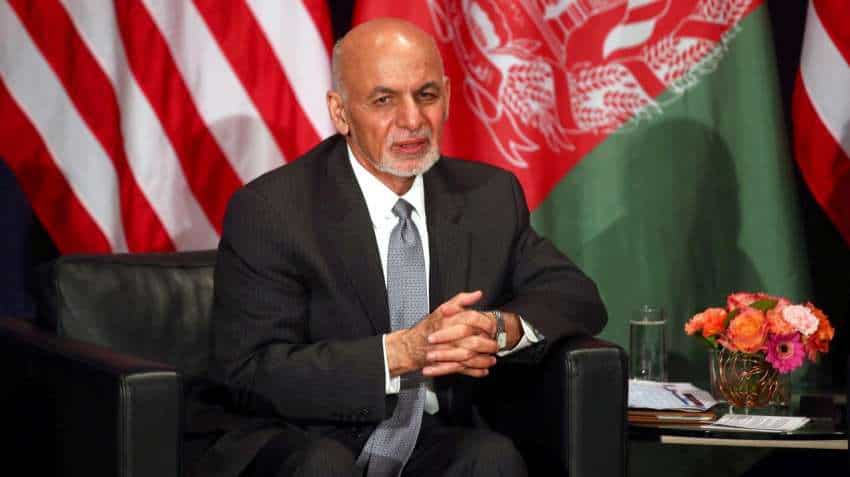 Rejecting the accusation completely, the foreign affairs ministry in Kabul on Friday issued a statement saying that it fights all terror groups without any discrimination. Photo: Reuters
Written By: IANS
RELATED NEWS

Joining Moscow meeting on Afghanistan not under compulsion: India

India emerging as important regional strategic partner to US

The Ashraf Ghani government has rejected Islamabad`s allegation that Afghanistan was allowing its territories to be used by India to destabilize Pakistan. In a statement, the Imran Khan government on Thursday said that the United Nations Analytical Support and Sanctions Monitoring Team endorsed Islamabad`s claim that Tehreek-e-Taliban Pakistan (TTP) is operating from Afghanistan with Indian support.

Rejecting the accusation completely, the foreign affairs ministry in Kabul on Friday issued a statement saying that it fights all terror groups without any discrimination. "TTP and its splinter groups have the blood of the Afghan people on their hands and are designated as terrorist organizations in the national threat assessment and national security policy of Afghanistan".

Like other terrorist organizations, TTP has allied itself since its emergence with those fighting the government and people of Afghanistan, the statement said. Over the past years, a significant number of TTP leaders and operatives have been either taken out in the battle ground or captured and brought to justice in Afghanistan.

The Ghani government reminded Pakistan that as a victim of terrorism, Afghanistan has striven to play more than its part in the regiona¿s collective fight against this common enemy. "The elimination of a number of top TTP leaders and the prosecution and imprisonment of hundreds of foreign fights from TTP, LeT, JeM, ETIM, IMU, ISIS-K and other transnational terror groups are a testament to our strong will and relentless efforts without any distinction in the fight against terrorism," the government said.

Incidentally, the UN security council minority report has said that not only do the Taliban and Al Qaida continue to cooperate with each other in Afghanistan but Kashmir-specific Pakistani terror groups, JeM and LeT are sending their trainers to Afghanistan to carry out target assassinations.

In the interest of transparency and regional cooperation, the Afghan foreign affairs ministry said that Afghanistan has provided access for concerned partner countries to the leaders and operatives of terrorism outfits in its custody.

Reiterating that it is committed in the fight against terrorism, the government said that it has shown transparently it never allowed and will never tolerate any acts by any third party, whether state or non-state, to use Afghanistan to destabilize another country. "This resolve to fight terrorism relentlessly without distinction flows from the solidarity we feel with all victims of terrorism, whether in Pakistan or India or elsewhere in the world," the statement said.

The government sought "determined and far-sighted cooperation of all our regional and international partners" in the Afghan peace process. "A lasting intra-Afghan peace will deny all foreign fighters and terrorist organizations any symbiotic relation they have established with those who fight against Afghan government and people and with those trans-national criminal organizations that are involved in drugs, weapons and human trafficking," the statement said.

Joining Moscow meeting on Afghanistan not under compulsion: India

India emerging as important regional strategic partner to US