The research team ran thousands of computer simulations and found that a fast-growing Jupiter can have perturbed the orbits of nearby "planetary embryos," protoplanets that were in the early stages of planet formation. 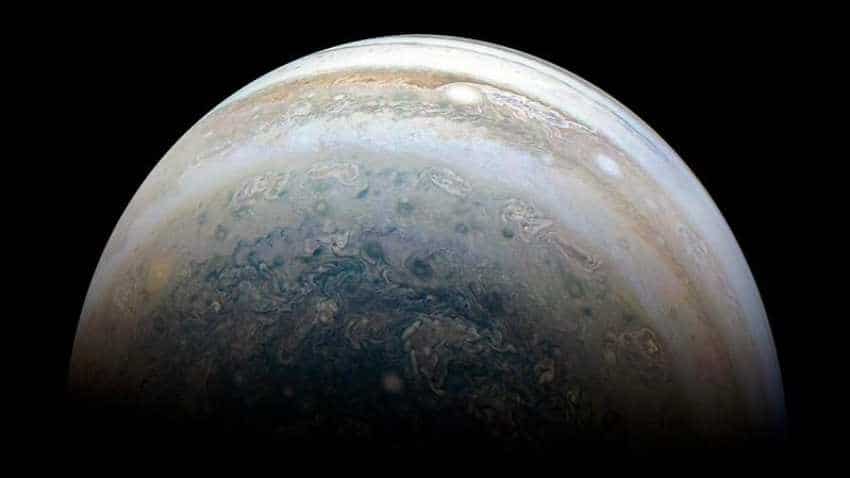 A colossal, head-on collision between Jupiter and a still-forming planet in the early solar system, Photo: Reuters

A colossal, head-on collision between Jupiter and a still-forming planet in the early solar system, about 4.5 billion years ago, has left Jupiter`s core less dense and more extended that expected, say researchers.

Even if this impact happened 4.5 billion years ago, "it could still take many, many billions of years for the heavy material to settle back down into a dense core under the circumstances suggested by the paper", said researchers who analysed readings from NASA`s Juno spacecraft.

"This is puzzling. It suggests that something happened that stirred up the core, and that`s where the giant impact comes into play," said Rice astronomer and study co-author Andrea Isella in a paper published in the journal Nature.

Isella said leading theories of planet formation suggest Jupiter began as a dense, rocky or icy planet that later gathered its thick atmosphere from the primordial disk of gas and dust that birthed our sun.

Isella said he was skeptical when study lead author Shang-Fei Liu first suggested the idea that the data could be explained by a giant impact that stirred Jupiter`s core, mixing the dense contents of its core with less dense layers above.

The research team ran thousands of computer simulations and found that a fast-growing Jupiter can have perturbed the orbits of nearby "planetary embryos," protoplanets that were in the early stages of planet formation.

The collision scenario became even more compelling after Liu ran 3D computer models that showed how a collision would affect Jupiter`s core.

"Because it`s dense, and it comes in with a lot of energy, the impactor would be like a bullet that goes through the atmosphere and hits the core head-on," Isella said.

"Before impact, you have a very dense core, surrounded by atmosphere. The head-on impact spreads things out, diluting the core."

"The only scenario that resulted in a core-density profile similar to what Juno measures today is a head-on impact with a planetary embryo about 10 times more massive than Earth," Liu said.

The spacecraft, which launched in 2011, carries instruments to map Jupiter`s gravitational and magnetic fields and probe the planet`s deep, internal structure.

Everything you want to know about NASA's Juno