"Particularly with the muted inflation readings that we`ve seen coming in, we will be patient as we watch to see how the economy evolves," Powell told the American Economic Association in Atlanta. 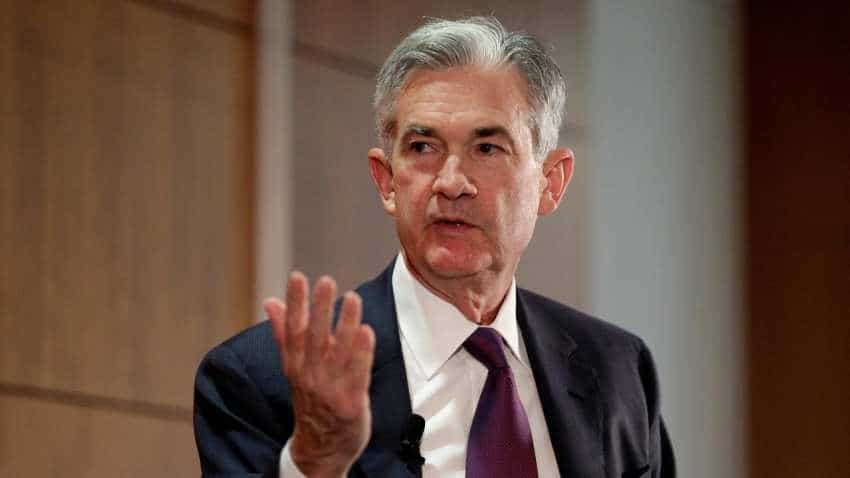 Federal Reserve Chairman Jerome Powell on Friday sought to ease market concerns that the central bank was ignoring signs of an economic slowdown, saying he was aware of the risks and would be patient and flexible in policy decisions this year.

Speaking after months of volatility in world bond and stock markets, Powell avoided some of the communication missteps that in the past have roiled rather than calmed investors. He also pledged to stay in his job even if asked to quit by President Donald Trump, who has been critical.

Echoing a more sympathetic tone recently espoused by some of his colleagues, Powell said the Fed was "listening" to markets and would balance the steady flow of strong economic data against the array of risks - from slowing global growth to worries about the U.S.-China trade war - that have spooked investors.

The message was heard on Wall Street, where major stock indexes surged about 3.5 percent to a more than two-week high. The market bounce came after a volatile December selloff in which traders grew increasingly sceptical of the Fed`s upbeat forecasts and plans to keep hiking interest rates in 2019.

"Particularly with the muted inflation readings that we`ve seen coming in, we will be patient as we watch to see how the economy evolves," Powell told the American Economic Association in Atlanta.

The Fed, which hiked rates four times last year including in December, is however not on a preset path and could pause the policy tightening as it did in 2016 when global growth concerns led to doubts about the U.S. economic recovery, he said.

"We are always prepared to shift the stance of policy and to shift it significantly" if needed, Powell said, speaking on a panel alongside former Fed chiefs Janet Yellen and Ben Bernanke. That flexibility, he added, applied as well to the monthly reductions to the Fed`s balance sheet.

The Fed chief stressed that the economy remained on track and that the job market was quite strong, and he did not address Fed forecasts from December that sketched out two more rate rises this year. But, combined with the messages of Fed presidents who in recent days downplayed that tightening plan, he delivered the sort of temperate message investors had hoped to hear.

In response, Treasury yields rose and futures traders began pricing in a small chance of a rate hike this year, versus no chance seen before Powell began speaking.

Compared to comments he made after the Fed raised rates last month, "it`s not that he`s changed his message ... but that he explained it more patiently and in greater detail," said Lou Brien, market strategist at DRW Trading in Chicago.

Powell`s appearance in Atlanta was his first since last month`s rate increase and a public lashing from Trump, who according to sources asked aides about his power to fire the Fed chairman.

The head of the Fed, once confirmed by the Senate, can only be removed "for cause", not a policy disagreement. Powell responded with a terse "No" when asked if he would resign if Trump requested him to do so.

The recent market turbulence has posed a dilemma for the Fed, as a seeming loss of confidence in financial markets about the U.S. economy`s prospects was offset by upbeat data from the real economy, including a strong December jobs report.

Powell called the jobs report "very strong," with U.S. data "on track to sustain good momentum into the new year."

The world`s biggest economy expanded well above potential last year and, along with U.S. consumers, is expected to remain strong through this year. Yet signs are growing that Trump`s tit-for-tat trade war with China is taking a toll: this week, tech giant Apple and grains trader Cargill warned about weaker sales in China.

Dallas Fed President Robert Kaplan said on Thursday planned rate hikes should be halted for now, while on Friday Loretta Mester, the hawkish head of the Cleveland Fed, said she sees only one or two rate hikes this year. A third Fed president, Thomas Barkin of Richmond, said he is hearing more concerns about economic risks and trade.

"The markets are feeling better that the Fed is not strangling the overall economy and perhaps forcing it into a recession, and that removes a monetary policy concern that has been hanging over the market for the past few months," said Robert Pavlik, chief investment strategist and senior portfolio manager at SlateStone Wealth LLC.

The Fed`s tightening cycle includes both rate hikes and the gradual shedding of its more than $4 trillion in assets. Powell said he did not think the latter was having much impact on markets, but that the strategy would be changed if it started interfering with the central bank`s broader goals of maintaining strong employment and stable inflation.

While not a change in policy, it was a nod to market concerns that the Fed had a key decision on "auto-pilot," as Powell put it last month, even as it pledged to be dependent on economic data.

"The markets are pricing in downside risks ... and they are obviously well ahead of the data, particularly if you look at this morning`s labour market data," Powell said.

"I`ll just say that we are listening carefully to that ... listening sensitively to the message that markets are sending and we are going to be taking those downside risks into account as we make policy going forward."