The Fed did announce a plan to slow its purchases later that year, but not before global financial markets endured months of turbulence in what has become widely known as the "taper tantrum." 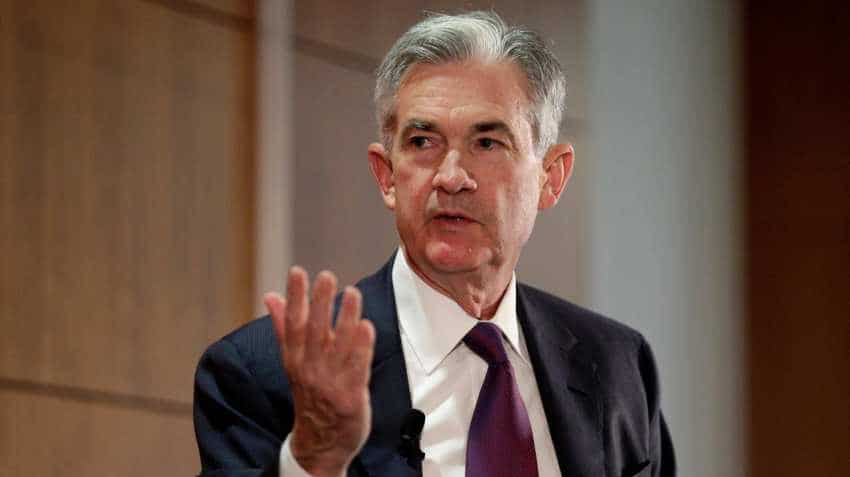 Federal Reserve Chairman Jerome Powell, in his early days on the U.S. central bank`s board of governors, argued frequently and forcefully for an end to the bond purchases undertaken to support the recovery from the financial crisis, transcripts of policy meetings from 2013 released on Friday showed.

Powell, who joined the board in May 2012 when Ben Bernanke was Fed chief, advocated in January 2013 for a plan to taper bond purchases, "ending them before year-end, whether or not we see a substantial improvement in the labor market," according to the transcript from that month`s meeting of policymakers.

The Fed did announce a plan to slow its purchases later that year, but not before global financial markets endured months of turbulence in what has become widely known as the "taper tantrum."

The release of the transcripts from the Fed`s eight policy meetings in 2013 gives more insight into policymakers` thinking and deliberations during and after the 2007-2009 financial crisis and recession.

The year 2013 marked a turning point in Fed policy as it took its first steps to end the massive support it had provided, including cutting interest rates to near zero and accumulating more than $4 trillion in bonds and mortgage-backed securities.

The bond-purchase program, known as quantitative easing and designed to keep a lid on long-term borrowing costs to help stimulate the economy, was hugely controversial and had its critics within the Fed itself.

What to do about the Fed`s ballooning balance sheet stood out as the overarching debate in the U.S. central bank`s closed-door meetings that year.

That same issue reverberates today, highlighting the complexity of managing its massive portfolio – and now getting rid of a large portion of it – without disrupting markets. A key source of tension, then as now, was that the Fed saw one path forward, and the markets saw something entirely different.

Last month, Powell sent markets tumbling with a message that the bond-shedding program is on "auto pilot" and then. Last week, he sent markets soaring when he said the Fed was listening to concerns and would be flexible.

The taper tantrum was triggered in May of 2013 when Bernanke told lawmakers the Fed could "take a step down in our pace of purchases" in coming meetings. The statement sent bond yields rocketing higher and stocks lower, and resulted in a tightening of financial conditions that caught Fed officials by surprise.

The 2013 transcripts show Fed officials generally, and Powell specifically, misjudged markets ahead of the taper tantrum.

At the Fed`s April 30-May 1 policy meeting, Powell told colleagues he would be arguing for a taper in June as long as economic data continued to improve, and he voiced confidence that markets would take it in stride.

"This is not an unmanageable thing in the context of reasonable economic data," he said. "This is not going to be done in a way that provokes a massive reaction of shock from the market."

Ultimately, Fed policymakers put off announcing the plan to slow the bond purchases until their final meeting of the year in December, setting in place a program to wind them down "mechanically" over the following year.

Even as they approached that announcement, Fed officials were at odds over what message they would be sending by reducing economic stimulus at a time when unemployment was still relatively high, with some arguing it would be impossible not to leave the public confused, according to the transcripts.

Powell, a lawyer by training and a Wall Street veteran before joining the central bank in 2012, said that between the effects of the taper tantrum, the Fed`s decision not to taper in September, and some confusing signals in economic data, investors now thought any move by the Fed would be months down the road - with risks building in the financial sector.

"When the committee does taper, there may, again, be a significant reaction as investors unwind speculative trades," he said at the Oct. 29-30 meeting.

Powell has since changed his thinking about the Fed`s bond purchases, acknowledging that the risks he and others saw in the program did not materialize. He now says he believes the purchases were fundamental to avoiding an even worse economic downturn, and that the Fed would be ready to do it again in a serious recession.

The Fed`s policy-setting committee releases a statement at the end of its eight meetings each year. Minutes of each meeting with more detail on the deliberations but without individuals identified are released three weeks after each meeting.

The transcripts from all of the meetings in a year are released six years later, usually in January.