A few hundred supporters of the centre-left Democratic Party protested outside parliament. 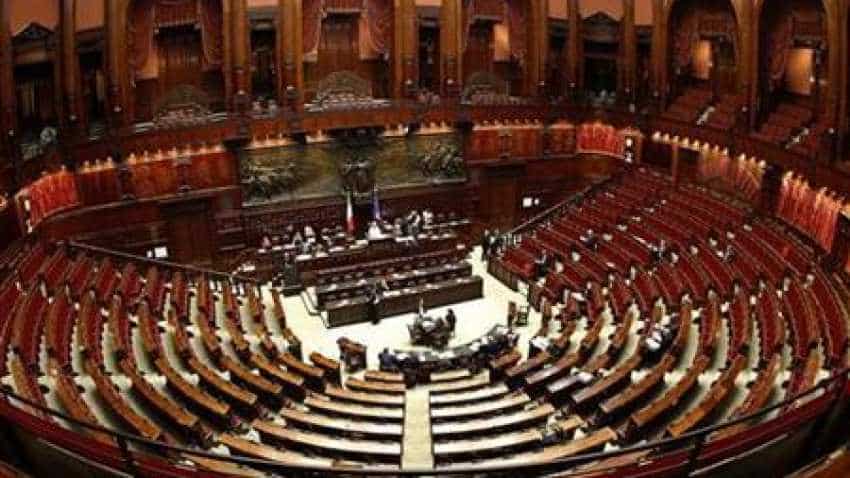 US political parties reintroduce Bill against outsourcing jobs in US Congress

The Italian parliament on Saturday passed the government`s 2019 budget just ahead of an end-year deadline, following last week`s deal with the European Commission which calmed financial markets and averted a risk of fines against Rome.

Italy re-drafted the budget and cut the deficit next year to 2.04 percent of gross domestic product after Brussels rejected its original target of 2.4 percent, saying it broke EU fiscal rules. This year`s deficit is seen at 1.9 percent.

The budget, presented to parliament in October, overcame its final hurdle on Saturday when the government comfortably won a vote of confidence on the bill in the Chamber of Deputies by 327 to 228.

The confidence motion marked the end of an acrimonious debate in which opposition lawmakers complained that the last-minute deal with Brussels meant they had no time to properly assess or debate the amended package of measures.

A few hundred supporters of the centre-left Democratic Party protested outside parliament.

The budget`s flagship policies, pushed through by the coalition of the anti-establishment 5-Star Movement and the right-wing League, are a new income support scheme known as the "citizens` wage" and a reduction in the retirement age.

Other measures include tax cuts for the self-employed, higher taxes on banks, insurers and gambling companies, and a partial amnesty that allows low-earners to settle tax disputes with the authorities by paying a limited sum.

Prime Minister Giuseppe Conte called the budget "the first step of a broad and ambitious plan of reform" which would "turn Italy inside out like a sock" and finally boost its chronically sluggish economic growth.

As part of the deal with the EU, the government, which took office in June, lowered its GDP growth forecast for next year to 1.0 percent from a previous projection of 1.5 percent, which was widely considered unrealistic.

Italy`s public debt, proportionally the highest in the euro zone after Greece`s, is targeted to fall marginally to 130.7 percent of GDP next year from 131.7 percent in 2018.

Italian financial markets have welcomed the end of hostilities with Brussels, and Italy`s benchmark bond yields hit a three-and-a-half month low on Friday after a successful debt auction.

Seven months after coming to power, the government remains popular, with the two ruling parties backed by around 60 percent of Italians, according to opinion polls.

A final vote to certify the passage of the budget will be held in the Chamber later on Saturday or on Sunday, but this is considered no more than a formality.

US political parties reintroduce Bill against outsourcing jobs in US Congress