Investors have been worried that tit-for-tat retaliatory measures from China and a deterioration in world trade could hinder economic global, prompting a sharp risk-off move in markets. 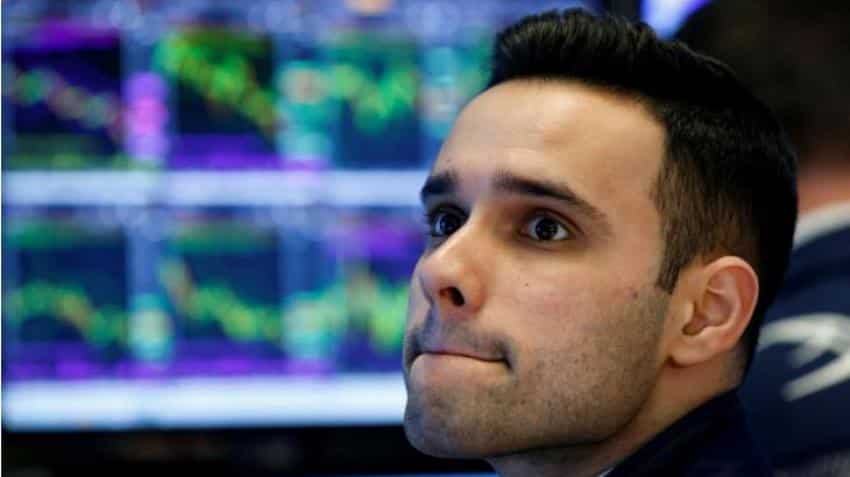 Spooked by brewing trade tensions and a broad reversal in technology shares, global investors have cut their equity exposure to a four-month low this month while reducing their holdings of U.S. stocks to the lowest in nearly two years.

Reuters’ monthly asset allocation poll of 53 wealth managers and chief investment officers in Europe, the United States, Britain and Japan was carried out from March 12 to 27.

During this period, U.S. moves to slap tariffs on steel and aluminium imports, and on up to $60 billion of Chinese goods, sent world stocks to six-week lows.

Investors have been worried that tit-for-tat retaliatory measures from China and a deterioration in world trade could hinder economic global, prompting a sharp risk-off move in markets.

“Trade tariffs ... while they should not end up in a full-blown trade war, risk weighing on market sentiment just when liquidity is diminishing and financial conditions are expected to tighten,” said Pascal Blanque, chief investment officer at Amundi.

Within equity portfolios, managers cut their U.S. exposure to 38 percent, the lowest since April 2016.

U.S. stocks look set to end the month down 4 percent, hammered by trade war fears and worries about tighter regulation for the tech sector after a furore over the use of Facebook data by political consultants.

Peter Lowman, chief investment officer at Investment Quorum, said it had been a testing time for equity investors, and articulated the threat to the U.S. economy and consumer of a trade war.

“U.S. companies operating in China would be affected whether it is Apple or a U.S. car manufacturer,” he said, adding that Chinese exports to the United States improved the American standard of living through the provision of cheaper goods.

A 62 percent majority of poll participants who answered a question on the outlook for the U.S. dollar in the event of a full scale trade war said that it would weaken.

The dollar hit a five-week low against a basket of six other major currencies in March.

Raphael Gallardo, a strategist at Natixis Asset Management, said that while first-round effects, such as a reduction in the U.S. trade deficit, might initially strengthen the dollar, ultimately it would weaken due to retaliation by U.S. trading partners.

“More importantly, the trade war triggered by tariffs would end up weakening further the prospective rate of return on investment in the U.S.,” he said.

The outlook for the dollar is complicated by the fact that the U.S. Federal Reserve is raising rates, targeting at least two more hikes for 2018 after a 25 basis points hike in March.

A slim 56 percent majority of poll participants who answered a question on this topic expected three rate hikes this year, but a third opted for four, saying the Fed was behind the curve.

Several noted it would take just one FOMC member to upgrade their expectations to tilt the Fed’s median projection from three to four hikes for the year.

“The 2018 dot plot is more hawkish than the median three hikes imply,” said Jan Bopp, an investment strategist at J Safra Sarasin. “The 2018 call was a close one, and the move up in 2019 and beyond was clearly a reflection of the strengthening of the economic outlook.”

There was less consensus over the outlook for the euro zone economy, with just 51 percent of poll participants who answered a question on this saying growth had not yet peaked in the current cycle.

“While inflation expectations have peaked short-term and German industrial activity has slowed, cheap financing will continue to be a driver as well as the robust global trade environment,” said Jean Medecin, a member of the investment committee at Carmignac.

Euro zone businesses rounded off the first quarter of 2018 with their slowest growth in over a year and economic sentiment data has underwhelmed.

European equities look set to end the month down around 2.3 percent.

In the poll, investors cut their euro zone equity holdings slightly to 19.9 percent, but while some investors said growth might be slowing, with the stronger euro hampering export growth, it would not fall sharply.

“Growth catalysts like low real interest rates are still very much with us, so growth levels could remain above trend near term,” said Peter van der Welle, a strategist at Robeco.