India has slammed Pakistan`s attempt to polarise and politicise the Kashmir issue at the UN Human Rights Council, saying it was "full of lies and deceit". 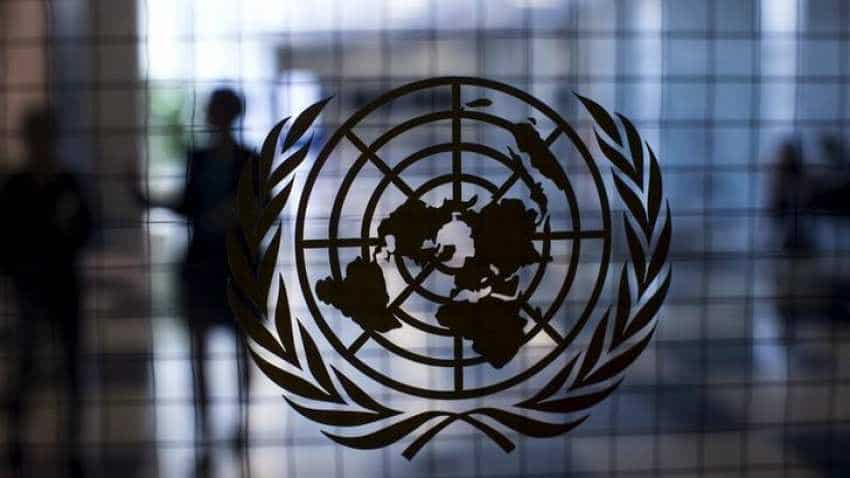 Since August 5 when special status was revoked, he said that "more than 400,000 patients" had been attended to in the state`s hospitals. Image source: Reuters
Written By: IANS
RELATED NEWS

India on Thursday slammed Pakistan`s attempt to polarise and politicise the Kashmir issue at the UN Human Rights Council, saying it was "full of lies and deceit", and the global community has rejected it as it is aware of Islamabad`s role in aiding and abetting terrorism. Two days after India gave a strong rebuttal to Pakistan`s offensive on Kashmir at the UNHRC, Ministry of External Affairs Spokesperson Raveesh Kumar slammed Islamabad`s attempt at "double speak" at the top UN body.

He said it was "quite audacious on the part of Pakistan, which is the epicenter of terrorism, to pretend to speak on behalf of the global community on human rights. This is very rich." Pakistan needs to understand that "repeating a lie four or five times does not make it a gospel truth".

He cited the case of the minorities in Pakistan, whose numbers have come down drastically over the years. "The credibility of the messenger (Pakistan) is highly suspect, and the global community is aware of that".

He trashed Pakistan`s address to the UNHRC as full of "lies and deceit", and said there was "broad understanding" in the global community about India`s position on Kashmir and why it had revoked the special status. "We have explained our position and how it is being done" based on the Indian Constitution and for the welfare of the state.

He also pointed out to "a lot of motivated stories in the international press" on Kashmir.

Listing out the development process in the state after abrogation of Article 370, that gave the special status, he said that essential supplies and electricity were being provided round the clock to the people as was healthcare.

"There is no shortage of medicines. All notified medicines have supplies to last six weeks,` he said.

Since August 5 when special status was revoked, he said that "more than 400,000 patients" had been attended to in the state`s hospitals.

On restrictions, he said that 92 per cent of the state had "no restrictions", and out of 199 police station areas in Jammu and Kashmir and Ladakh, only 11 have day time restrictions.

He said the foreign press tried to show the situation in one police station area "as that for the whole of Kashmir.. and one is not as what the situation is like in Kashmir".

He said all landlines were already operational and mobiles were being made operational gradually.