Huawei sues US government, says ban on its equipment unconstitutional

"The U.S. Congress has repeatedly failed to produce any evidence to support its restrictions on Huawei products. We are compelled to take this legal action as a proper and last resort," Huawei Rotating Chairman Guo Ping said in a statement. 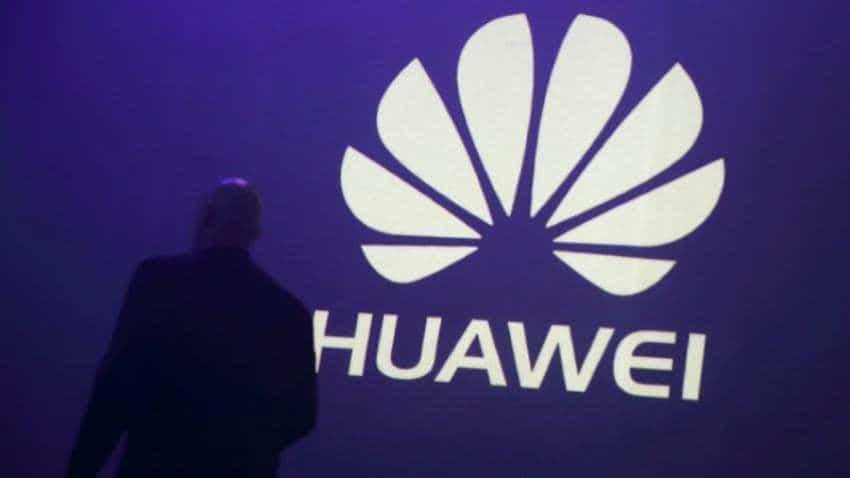 The lawsuit marks the latest confrontation between China and the United States, which spent most of 2018 slapping import tariffs on billions of dollars worth of each other`s goods. Photo: Reuters
Written By: Reuters
RELATED NEWS

Chinese telecoms equipment maker Huawei Technologies sued the U.S. government on Thursday saying a law limiting its U.S. business was unconstitutional, racheting up its fight back against a government bent on closing it out of global markets.Huawei said it had filed a complaint in a federal court in Texas challenging Section 889 of the National Defense Authorization Act (NDAA), signed into law by U.S. President Donald Trump in August, which bars federal agencies and their contractors from procuring its equipment and services.

The lawsuit marks the latest confrontation between China and the United States, which spent most of 2018 slapping import tariffs on billions of dollars worth of each other`s goods. The year ended with the arrest of Huawei`s chief financial officer (CFO) in Canada at U.S. request, to the consternation of China. Long before Trump initiated the trade war, Huawei`s activities were under scrutiny by U.S. authorities, according to interviews with 10 people familiar with the Huawei probes and documents related to the investigations seen by Reuters.

"The U.S. Congress has repeatedly failed to produce any evidence to support its restrictions on Huawei products. We are compelled to take this legal action as a proper and last resort," Huawei Rotating Chairman Guo Ping said in a statement.

"This ban not only is unlawful, but also restricts Huawei from engaging in fair competition, ultimately harming U.S. consumers. We look forward to the court`s verdict."

While Huawei had very little share of the U.S. market before the bill, it is the world`s biggest telecoms gear maker and is seeking to be at the forefront of a global roll-out of fifth generation (5G) mobile networks and services. In its lawsuit, Huawei said its "equipment and services are subject to advanced security procedures, and no backdoors, implants, or other intentional security vulnerabilities have been documented in any of the more than 170 countries in the world where Huawei equipment and services are used."

The privately owned firm has embarked on a public relations and legal offensive as Washington lobbies allies to abandon Huawei when building 5G networks, centring on a 2017 Chinese law requiring companies cooperate with national intelligence work.

"The U.S. Government is sparing no effort to smear the company and mislead the public," said Guo in a news briefing at Huawei`s headquarters in southern China.

The NDAA bans the U.S. government from doing business with Huawei or compatriot peer ZTE Corp or from doing business with any company that has equipment from the two firms as a "substantial or essential component" of their system.
In its lawsuit, filed in U.S. District Court in the Eastern District of Texas, Huawei argues that the section in question is illegal because it could sharply limit the company`s ability to do business in the United States despite no proof of wrongdoing. The lawsuit also alleges that Huawei has been denied due process and that Congress, by stripping Huawei of commercial opportunities, has violated the "separation of powers" portion of the constitution by doing the work of the courts.

Some legal experts, however, said Huawei`s lawsuit is likely to be dismissed because U.S. courts are reluctant to second-guess national security determinations by other branches of government. The lawsuit "will be an uphill battle because Congress has broad authority to protect us from perceived national security threats," said Franklin Turner, a government contracts lawyer at McCarter & English.

In November 2018, a federal appeals court rejected a similar lawsuit filed by Russian cybersecurity firm Kaspersky Lab, which was challenging a ban on the use of its software in U.S. government networks. The Texas court hearing Huawei`s case will not be bound by that decision, but will likely adopt its reasoning because of similarities in the two disputes, said Steven Schwinn, a professor at the John Marshall Law School in Chicago.

"I don`t see how (Huawei) can really escape that result," said Schwinn. Huawei`s chief legal officer, Song Liuping, said the two cases were different in terms of evidence and scope, and that the Chinese firm`s case had "full merits". If a judge decides Huawei has a plausible claim the case will proceed to the discovery phase, in which internal documents are shared and U.S. government officials could be forced to provide testimony and lay out their security concerns.

The legal action compares with a more restrained response in December emphasising "trust in justice" after the arrest of CFO Sabrina Meng Wanzhou. Huawei founder Ren Zhengfei later said Meng`s arrest was politically motivated and "not acceptable". Meng - Ren`s daughter - is accused by the United States of bank and wire fraud related to breaches of trade sanctions against Iran. Canada approved extradition proceedings on March 1, but Meng has since sued Canada`s government for procedural wrongs in her arrest. The next court hearing is set for May 8.

The case strained Canada`s relations with China, which this week accused two arrested Canadians of stealing state secrets and blocked Canadian canola imports. Meng is under house arrest in Vancouver. It is unclear where the two Canadians are being detained in China, and at least one does not have access to legal representation, sources previously told Reuters.