Huawei, the world`s biggest telecoms equipment maker, said that losing access to U.S. suppliers "will do significant economic harm to the American companies" and affect "tens of thousands of American jobs." 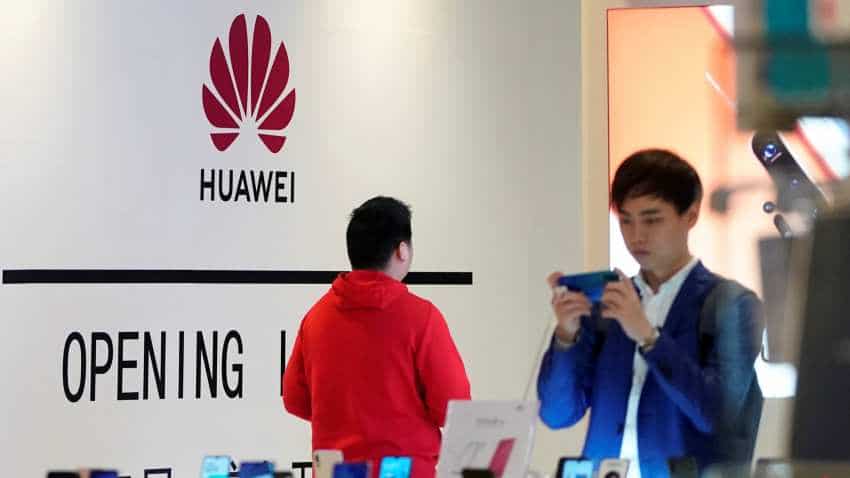 The US wants to see significant changes in China`s approach to intellectual property rights and state subsidies as part of any trade deal, and Beijing is insisting that all tariffs be eliminated. Image source: Reuters

A US bid to block China`s Huawei Technologies from buying vital American technology threw into question prospects for sales at some of the largest tech companies and drew a sharp rebuke from Beijing, further ratcheting up tensions over trade. Shares of Huawei`s US suppliers fell on fears the Chinese firm would be forced to stop buying American chips, software and other components after the Trump administration banned it from buying US technology without special approval.

Huawei, the world`s biggest telecoms equipment maker, said that losing access to U.S. suppliers "will do significant economic harm to the American companies" and affect "tens of thousands of American jobs." "Huawei will seek remedies immediately and find a resolution to this matter," the company said in a statement.

The U.S. crackdown, announced on Wednesday, was the latest shot fired in a U.S.-China trade war that is rattling financial markets and threatening to derail a slowing global economy.

Trade talks had looked close to collapsing in the past week after a dispute over Chinese changes to a draft text prompted the United States to hike tariffs on Chinese goods and Beijing to retaliate with higher duties on U.S. products.

"China will take all the necessary measures to resolutely safeguard the legitimate rights of Chinese firms," Gao told reporters.

Meng faces extradition to the United States on charges that she conspired to defraud global banks about Huawei`s relationship with a company operating in Iran. She and the company deny the charges.

While China has made no specific link between the detentions of the two men and Meng`s arrest, experts and former diplomats say they have no doubt it is using their cases to pressure Canada.

ECONOMIC FALLOUT
The US Commerce Department said on Wednesday it was adding Huawei and 70 affiliates to its "Entity List," which bars them from buying components and technology from U.S. firms without government approval. It later revised the number of affiliates down to 68.

The order includes non-U.S. Huawei affiliates in Canada, Japan, Brazil, the UK and Singapore. Requests for approvals for transactions will be reviewed under a "policy of presumption of denial," which suggests obtaining permission will be very difficult.

Huawei was the world`s third largest purchaser of semiconductors last year, accounting for 4.4% of global market share, behind only Samsung Electronics Co Ltd and Apple Inc, according to Gartner, a research firm.

US lawmakers have long feared that the firm`s equipment could be used to spy on Americans, and Democrats and Republicans lined up in support of the Trump administration`s move. But leading analysts downgraded their assessments for several U.S. microchip companies on Thursday.

TARIFFS
As negotiations toward resolving the trade war stalled last week, the United States ramped up the pressure by raising tariffs on a list of $200 billion worth of Chinese imports to 25% from 10%, prompting China to retaliate with higher duties on a revised list of $60 billion worth of U.S. products.

President Donald Trump, who has embraced protectionism and accused China of engaging in unfair trade practices, has threatened to put 25% tariffs on a further $300 billion worth of Chinese goods.

Walmart Inc said prices for shoppers would rise because of higher tariffs on Chinese goods even as the world`s largest retailer reported on Thursday its best comparable sales growth for the first quarter in nine years.

Chief Financial Officer Brett Biggs told Reuters the company would seek to ease the pain, in part by trying to buy from different countries.

With few options left for levying its own tariffs, China could opt for other ways to pressure the United States, including blocking corporate mergers and other deals.

"There`s other things they can do, and M&A would certainly be one thing," said Stacy Rasgon, an analyst with Bernstein.

The United States wants to see significant changes in China`s approach to intellectual property rights and state subsidies as part of any trade deal, and Beijing is insisting that all tariffs be eliminated.

The two sides are also at odds over how much more U.S. goods China would buy and how "balanced" the text of the draft trade agreement would be, Chinese state media said.

Edward Alden, senior fellow at the Council on Foreign Relations, said the Huawei case was a significant complication to the resolution of the trade dispute.

"Every step by the United States makes it much harder for the Chinese not to push back," he told reporters and analysts.