Pichai said, "it will have implications for our national security and ... For other important areas of society. Having leadership ends up being really critical." 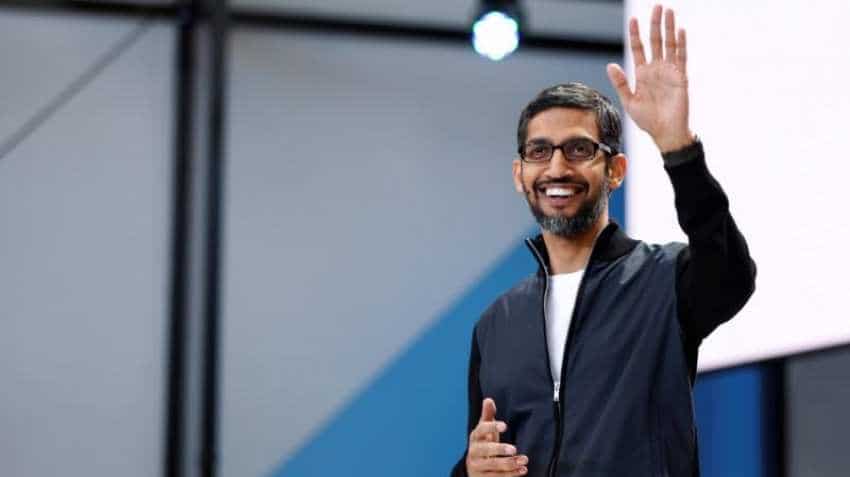 Sundar Pichai said that there are countries that aspire to be the next Silicon Valley, and they are supporting their companies too. Reuters

Google's Indian-American CEO Sundar Pichai has said that it is "perfectly fine" for big companies to be scrutinised but cautioned against doing it just "for the sake regulating" them amid reports that the US is initiating an anti-trust violations probe against the internet giant. Pichai made the comments for the first time after reports emerged earlier this month that Google's search business and advertising practices may come under scrutiny during the potential anti-trust violations probe by the US Department of Justice (DOJ).

The DOJ and Federal Trade Commission are said to be dividing up responsibility for oversight of Google, Facebook, Apple and Amazon to probe their market dominance. Pichai told CNN Business on Friday that it's "perfectly fine" for companies like Google to be scrutinised when they get big enough. "Scrutiny is right, and we will participate constructively in these discussions," he said.

"I worry that if you regulate for the sake of regulating it, it has a lot of unintended consequences," he said, focusing on the issue of artificial intelligence in particular.

Pichai said, "it will have implications for our national security and ... For other important areas of society. Having leadership ends up being really critical."

This is not the first time Google has come under scrutiny. The company was under investigation by the Federal Trade Commission in 2013, but emerged relatively unscathed after the firm pledged to change certain aspects of its business, such as how it handles content from third-party travel or shopping sites.

"We have gone through similar situations in Europe, so it's not a surprise to us," Pichai said, adding "for some of the other companies, maybe the scrutiny is newer."

He said that there are countries that aspire to be the next Silicon Valley, and they are supporting their companies too.

"This doesn't mean you don't scrutinize large companies, but you have to balance it with the fact that you want big, successful companies as well," Pichai added.