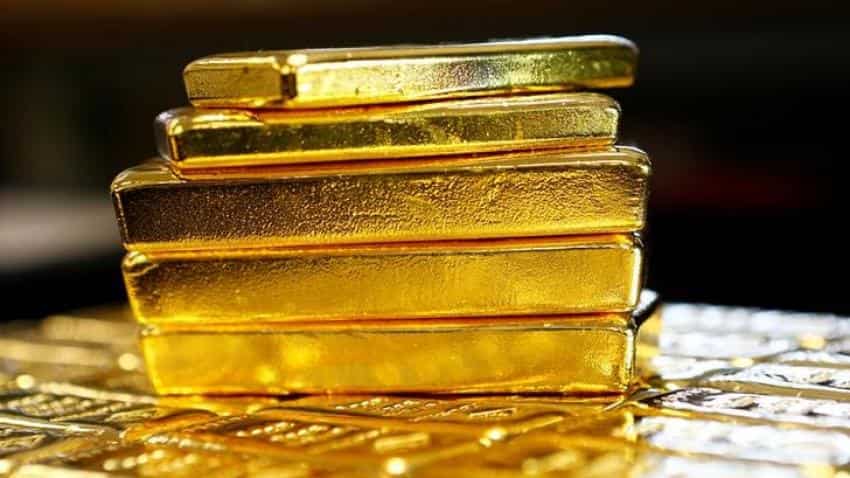 Gold prices held firm on Friday as the dollar hovered near one-week lows, keeping the metal on track for a third week of gains amid political uncertainties in the United States and Europe.

"Gold edged higher overnight on the back of a weaker dollar and lower U.S. Treasury yields. Add in a drop in the equity market and you have the holy trinity for higher gold prices," said Stephen Innes, senior trader at OANDA.

"However, dealers are extremely cautious about running the market higher as the March Fed rate hike debate will likely play out for the foreseeable future."

Concern over U.S. President Donald Trump`s policies, as well as elections in the Netherlands, France and Germany this year, fueled gold`s rise to a peak of $1,244.67 on Feb. 8.

But the prospect of a stronger dollar and U.S. Treasury yields after U.S. Federal Reserve Chair Janet Yellen said U.S. interest rates may need to be raised in March dragged gold to $1,216.41 on Wednesday, its lowest since Feb. 3.

The dollar index, which measures the greenback against a basket of currencies, was at 100.490 on Friday. It hit a one-week low of 100.410 the day before.

Spot gold may drop to $1,230 per ounce as its correction from the Feb. 8 high of $1,244.67 may extend, according to Reuters technical analyst Wang Tao.

Holdings of SPDR Gold, the world`s largest gold-backed exchange-traded fund, have risen 5.6 % so far this month, the most since June 2016.

"We don`t expect much in the way of market movements going into Friday`s session, but gold should nevertheless see something of a bid heading into the weekend," said INTL FCStone analyst Edward Meir.

Palladium fell 0.6 % to $787.45. The metal, used in emission-controlling catalytic converters for the automotive industry, touched its best since Jan. 24 at $794.90 in the prior session. It has gained over 16 % so far this year.