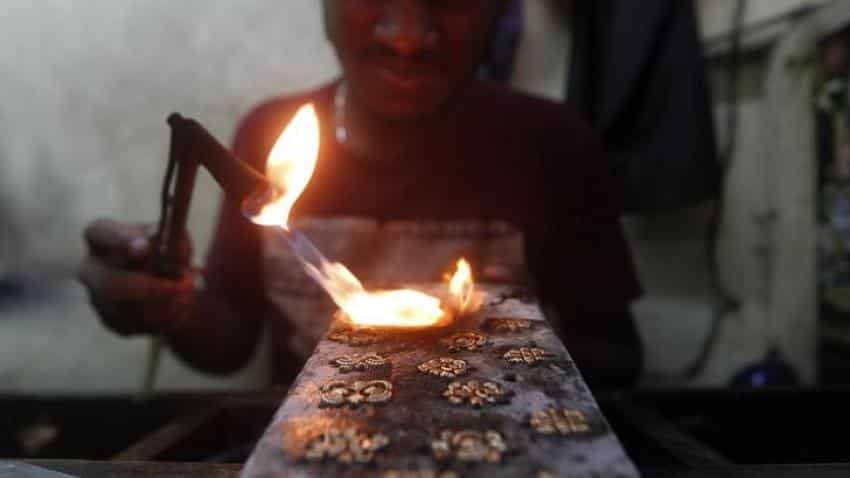 Gold held steady on Wednesday, supported by a weaker dollar, geopolitical concerns about North Korea and nervousness ahead of the French presidential election.

The yellow metal was steady on Tuesday after hitting a five-month peak the previous session, bolstered by a softer dollar, North Korea tensions and nervousness ahead of the French presidential election.

On Tuesday the dollar index fell near a three-week low on disappointing U.S. housing starts data and nerves over trade talks between the United States and Japan, while Britain`s pound soared after Prime Minister Theresa May called for a snap general election.