Major banks and investors have begun to debate the possibility of another move towards parity between the dollar and the euro, as the U.S. currency benefited from expectations of an inflationary push from the incoming Trump administration. 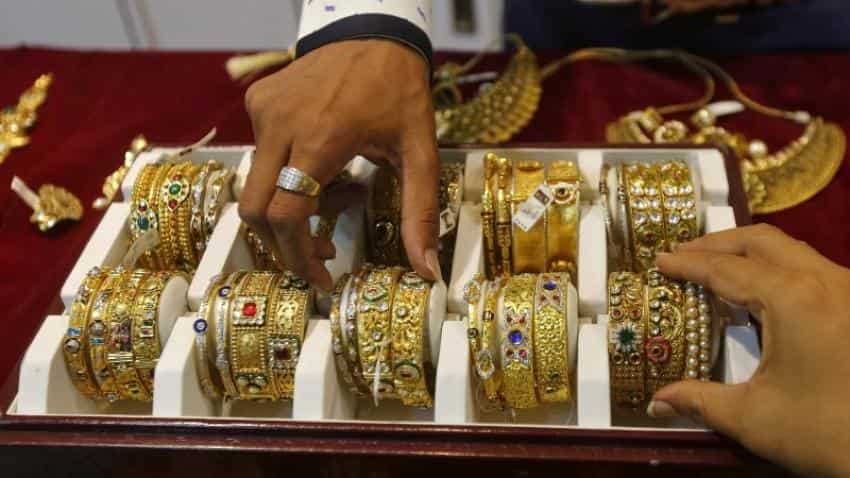 Gold eased on Wednesday as the dollar climbed to a 14-year high against a currency basket, extending a week-long rally driven by a surge in Treasury yields after Donald Trump`s election to the U.S. presidency.

The metal has shed more than $100 an ounce from last Wednesday`s post-election high on the back of the sharp rise in bond yields and burgeoning appetite for risk.

"The dollar`s a bit stronger today and gold`s not changing much so that to me is a sign of base building and consolidation."

Major banks and investors have begun to debate the possibility of another move towards parity between the dollar and the euro, as the U.S. currency benefited from expectations of an inflationary push from the incoming Trump administration.

"Following the initial reset of expectations after the election, the market will begin to ask questions about how much of his pledges Trump will be able to carry out," he said.

Investors resumed post-U.S. election selling of bonds and buying stocks on Wednesday after a pause earlier this week, albeit less aggressively.

Gold is also expected to be feeling the pressure from an imminent hike in U.S. interest rates, which are tipped to rise for only the second time in nearly a decade next month.

It would need a surprise for the Federal Reserve not to raise rates in December, one of the U.S. central bank`s policymakers, James Bullard, told reporters at a banking conference on Wednesday.

In the major physical markets, some Indian gold traders are placing bulk short-term import orders on fears that Prime Minister Narendra Modi might soon curb overseas purchases of the metal.