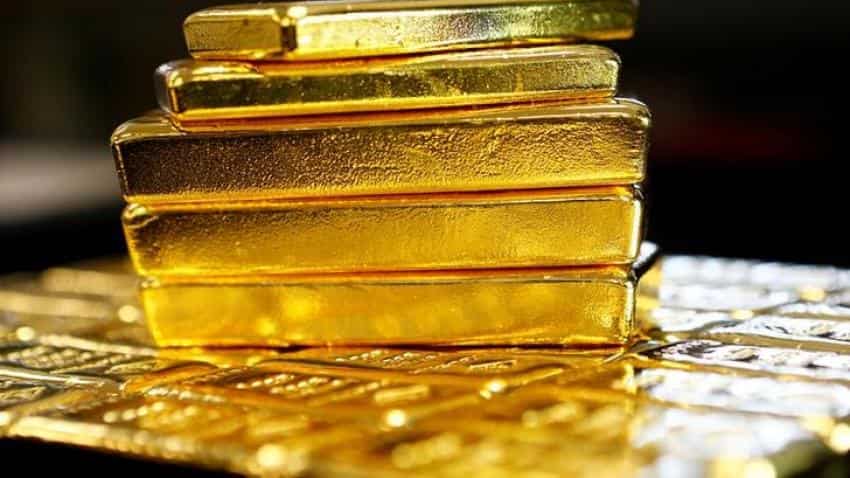 Gold dropped to a 5-1/2-month low on Friday and was set for a second week of declines, as the dollar soared after comments from the Federal Reserve bolstered expectations that U.S. interest rates would rise next month.

The dollar index rose to its highest since April 2003 and was set for its biggest weekly gain in a year after Fed Chair Janet Yellen provided a strong signal that U.S. interest rates would likely increase by year-end.

"Yellen`s comments and a stronger dollar have pulled down the entire precious metals complex. Gold will be on a downtrend for now," said Brian Lan, managing director at Singapore-based gold dealer GoldSilver Central.

"People are speculating that Donald Trump`s policies will improve companies and equity markets, and lots of them are going to stocks and currencies. Gold has lost a bit of its safe-haven asset status."

The election of Donald Trump as U.S. president has done nothing to change the Fed`s plans for a rate increase "relatively soon", Yellen said on Thursday in Congressional testimony.

Gold is highly sensitive to interest rates, which lift the opportunity cost of holding non-yielding assets such as bullion, while boosting the dollar, in which it is priced.

"The gold market seems to be fully accommodating a rate rise in December," HSBC analyst James Steel said in a note.

"Gold prices are down sharply... This should help encourage emerging markets` demand. We expect this to cushion – but not necessarily reverse – the latest drop in prices."

Spot gold may drop towards $1,172 per ounce, as it has broken support at $1,210, according to Reuters technical analyst Wang Tao.

Holdings of SPDR Gold Trust, the world`s largest gold-backed exchange-traded fund, fell 0.61 % to 920.63 tonnes on Thursday. Holdings have decreased 2.33 % so far this month.

(Reporting by Apeksha Nair and Nallur Sethuraman in Bengaluru; Editing by Joseph Radford and Sherry Jacob-Phillips)