A Fed rate cut this week could put pressure on the Bank of Japan to ease policy on Thursday. Lower interest rates decrease the opportunity cost of holding non-yielding bullion and weigh on the dollar, making gold cheaper for investors holding other currencies. 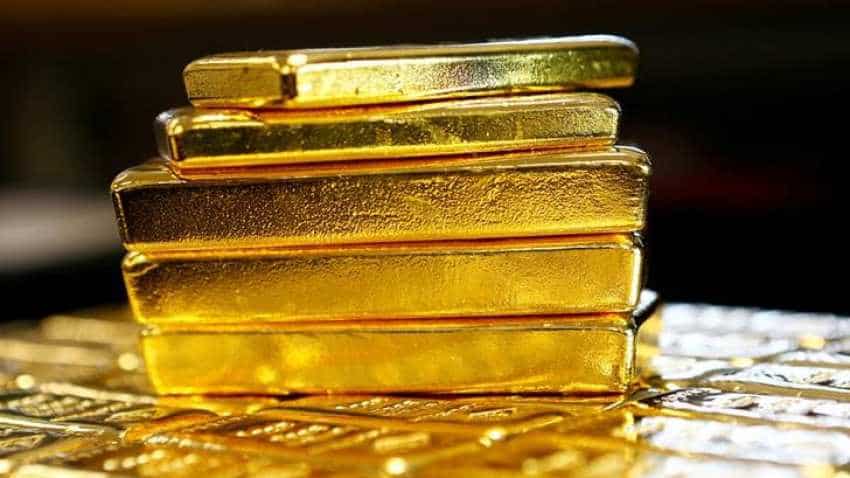 Meanwhile, equity markets were lower, with investors remaining noncommittal ahead of the Fed`s decision and the next round of U.S.-China trade talks on Thursday. Image source: Reuters

Gold rose on Tuesday, propped up by expectations for an interest rate cut by the US Federal Reserve, but traded within a relatively narrow range as investors awaited further clarity on the central bank`s stance on future monetary policy. Spot gold was trading 0.5% higher at $1,505.07 per ounce at 1:38 p.m. EDT (1738 GMT). US gold futures settled up 0.1% at $1,513.40 an ounce.

"What you have is traders positioning in gold right now trying to prep themselves for the Fed meeting," said Michael Matousek, head trader at U.S. Global Investors.

The Fed is widely expected to announce a rate cut when it concludes a two-day policy meeting on Wednesday. It would be the central bank`s second such cut after lowering rates in July for the first time since the 2008 financial crisis.

A Fed rate cut this week could put pressure on the Bank of Japan to ease policy on Thursday. Lower interest rates decrease the opportunity cost of holding non-yielding bullion and weigh on the dollar, making gold cheaper for investors holding other currencies.

"If the Fed underwhelms, or doesn`t cut rates, you`d probably see a good drop in gold. If they do come out and surprise everybody by cutting 50 bps (basis points) instead of 25, you might see a good pop in gold," Matousek added.

On Monday, gold rose more than 1% before settling 0.6% up for the day after attacks on oil facilities in Saudi Arabia over the weekend intensified worries about stability in the Middle East, prompting U.S. President Donald Trump to apply more pressure on the Fed to lower rates. "The U.S. and Saudi Arabia are not likely to just sit on their hands, which will keep anxiety in the world marketplace."

Meanwhile, equity markets were lower, with investors remaining noncommittal ahead of the Fed`s decision and the next round of U.S.-China trade talks on Thursday.

"Wording (from the Fed) will certainly be looked for as it was previously interpreted as dovish acknowledgement of the need for further cuts," said Daniel Ghali, commodity strategist at TD Securities.

Gold prices have climbed nearly 19%, or more than $200, since touching a 2019 low of $1,265.85 in early May, supported by an increasingly dovish stance from major central banks, escalation in the U.S.-China trade war and Middle East tensions. "Gold`s uptrend is intact and not really in danger of subsiding anytime soon," TD Securities` Ghali said.

** Spot gold was steady at $1,501.91 per ounce, as of 0100 GMT.
** U.S. gold futures were down 0.3% at $1,508.8 per ounce.
** The dollar traded near a seven-week high versus the yen as oil markets recovered from a supply shock, while global stocks stood little changed ahead of Fed`s policy decisions.
** Late-day swings in U.S. Federal funds futures implied late on Tuesday that traders see about a 51% chance that the Fed will lower key borrowing costs by 25 basis points after the policy-setting committee meets on Wednesday, according to the CME Group`s FedWatch tool.
** U.S. manufacturing output increased solidly in August, boosted by a surge in the production of machinery and other goods, but the outlook for factories remains weak amid rising headwinds from trade tensions and slowing global economies.
** The United States believes the attacks that crippled Saudi Arabian oil facilities last weekend originated in southwestern Iran, a U.S. official told Reuters on Tuesday, an assessment that further increases tension in the Middle East.
** U.S. President Donald Trump said on Tuesday his administration could seal a deal on trade with China before the U.S. presidential election, or an agreement could be reached the day after U.S. voters go to the polls.
** UK Prime Minister Boris Johnson could recall parliament if Britain`s highest court rules he unlawfully suspended it, a government lawyer said on Tuesday, after judges heard that Johnson wanted a shutdown because it was an obstacle to his Brexit plans.

** The mood among German investors improved more than expected in September, a survey showed on Tuesday, but the ZEW institute warned that the outlook for Europe`s largest economy remained negative due to trade disputes and Brexit uncertainty.
** Japan`s exports slipped for a ninth straight month in August as international trade tensions ramped up risks for the world`s third-largest economy, although the decline was slightly smaller than expected.
** A fresh gold discovery by Barrick Gold Corp in Nevada is "fantastically significant" and shows there still is rich potential in the region for exploration, Chief Executive Officer Mark Bristow said in an interview on Tuesday.