Gold was headed for its biggest daily rise in two months on Friday, clawing away from a four-month low hit in the previous session, helped by a pullback in the dollar and as some investors covered their short positions. 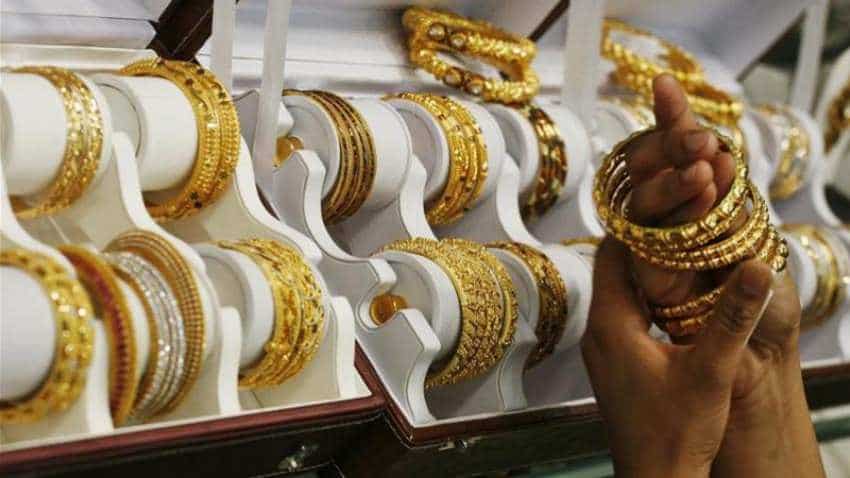 The yellow metal on Thursday dipped to $1,265.85, its lowest since the end of December. Image source: Reuters

Gold was headed for its biggest daily rise in two months on Friday, clawing away from a four-month low hit in the previous session, helped by a pullback in the dollar and as some investors covered their short positions. Spot gold rose 0.7% to $1,279.47 per ounce as of 2:22 p.m. EDT (1822 GMT), and was set for its biggest percentage gain since March 8. U.S. gold futures settled 0.7% higher at $1,281.30 an ounce.

The metal on Thursday dipped to $1,265.85, its lowest since the end of December. "We are seeing a short-covering rally after a sell-off during the week. We also saw some good physical demand at price levels below $1,270," said David Meger, director of metals trading at High Ridge Futures.
"The dollar is weak, which is also helping gold," he added.

Despite a strong U.S. jobs report, the dollar was down 0.3%, as traders focused on the weaker aspects in the report.  The U.S. wage gains did not accelerate as expected last month, holding at a reading that is consistent with moderate inflation. A moderate pace of wage growth indicated that there would not be a rate hike anytime soon, in turn boosting appeal for the non-interest bearing metal, said an analyst based in New York.

Lower interest rates reduce the opportunity cost of holding the bullion. Despite the gains, gold is still on track to post a weekly decline of about 0.5% after U.S. Federal Reserve signaled little appetite to adjust interest rates in the near term. However, two Fed officials said on Friday they were increasingly worried about weak inflation, an indication that some U.S. central bankers see a growing case for a future interest rate cut even as others push for continued patience.

Reflecting investor sentiment toward bullion, holdings in the world`s largest gold-backed exchange-traded fund (ETF), SPDR Gold Trust, fell about 0.2% to 745.52 tonnes on Thursday, its lowest since Oct. 12.  Among other metals, silver rose 2.2% to $14.94 per ounce, after falling to a more than four-month low of $14.52 in the previous session.