Gold prices were little changed on Thursday, following an over 1% jump in the previous session, as investors awaited more data to gauge the health of the US economy. 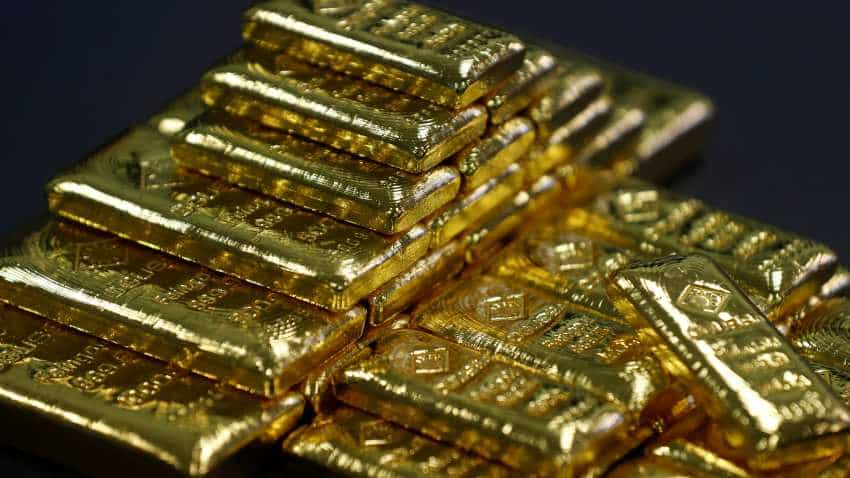 Gold prices were little changed on Thursday, following an over 1% jump in the previous session, as investors awaited more data to gauge the health of the US economy. Spot gold was steady at $1,498.91 per ounce, as of 0410 GMT, while US gold futures were down 0.2% at $1,504.80 an ounce.

The precious metal jumped 1.4% on Wednesday after disappointing hiring by U.S. private employers unnerved investors already concerned about slowing growth in the world`s largest economy. "Gold is clearly being used as a hedge against volatility in other markets," said OANDA analyst Jeffrey Halley.

"With negative investor sentiment on global growth and trade and the meltdown in equity markets overnight we saw a flight to safe havens."

The jobs data comes ahead of the more comprehensive U.S. nonfarm payrolls report due on Friday and added to the gloom prompted by a survey that showed manufacturing activity in the United States tumbled to a more than 10-year low in September.

The disappointing readings weighed on the dollar, which hit near one-week lows against the euro and yen.

Asian stocks also slipped on Thursday, following a drop on Wall Street, after Washington opened a new trade war front by saying it would impose tariffs on $7.5 billion of goods from the European Union.

"Gold prices have rallied strongly as weak economic data and geopolitical risks have increased the likelihood of further rate cuts by the U.S. Federal Reserve," analysts at ANZ said in a note.

"US jobless data on Friday and consumer confidence early next week will be a key driver of gold in the short term."
Indicative of investor interest, holdings at SPDR Gold Trust, the world`s largest gold-backed exchange-traded fund, rose 0.32% to 923.76 tonnes on Wednesday.