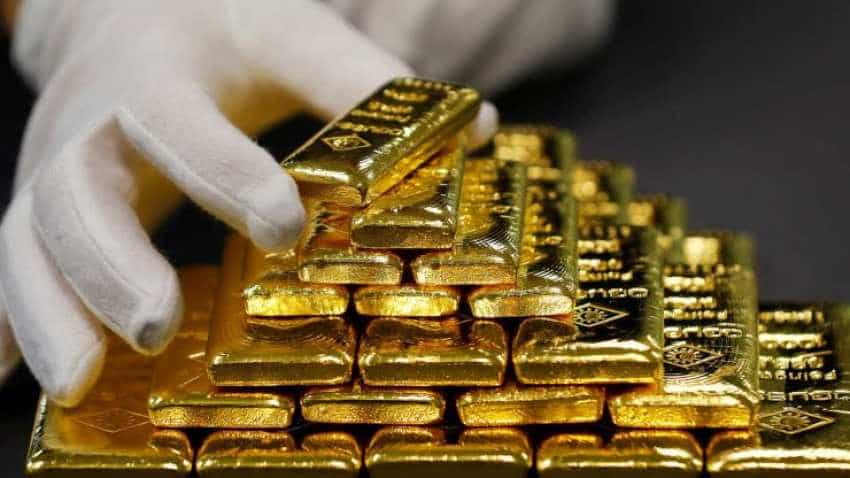 FUNDAMENTALS
Spot gold was up 0.2 percent at $1,299.34 per ounce as of 0101 GMT, after touching its highest since March 28 at $1,303.61 in the previous session.  U.S. gold futures gained 0.1 percent to $1,302.80 an ounce. The dollar sagged on Tuesday after weak U.S. economic data while commodity-linked currencies such as the Canadian and Australian dollars drew support from an ongoing surge in crude oil prices.

New orders for U.S.-made goods fell modestly in February and shipments rose after four straight monthly declines, but the manufacturing sector is slowing amid rising inventories. Asian shares got off to a subdued start on Tuesday after a mixed session on Wall Street as investors braced for high-risk events later in the week, while worries about a global growth slowdown weighed on sentiment.

German exports and imports both fell more than expected in February, data showed on Monday, in the latest sign that Europe`s largest economy is likely to post meagre growth in the first quarter amid increased headwinds from abroad. Just a month after the European Central Bank halted plans to normalise policy and delayed a rate increase into 2020, further signs of weakness in the economy and a whiff of panic among investors is putting the central bank back in the spotlight.

British shoppers cut back spending for the first time in almost a year last month, reflecting a mix of seasonal pressures and Brexit worries, the British Retail Consortium said on Tuesday. Britain`s parliament approved legislation on Monday that gives lawmakers the power to scrutinise and even change Prime Minister Theresa May`s request that the European Union agree to delay Brexit until June 30.

Theresa May will meet German Chancellor Angela Merkel and French President Emmanuel Macron on Tuesday to argue for a Brexit delay while her ministers hold crisis talks with Labour to try to break the deadlock in London. Turkey raised its gold holdings by 17.11 tonnes to 495.86 tonnes in March, while Ecuador revised its January figures by 10.58 tonnes to 16.95 tonnes, according to a data from International Monetary Fund.

SPDR Gold Trust, the world`s largest gold-backed exchange-traded fund, said its holdings fell about 0.2 percent to 760.49 tonnes on Monday from 761.67 tonnes on Friday.