While gold has managed to draw support due to risk averse markets, prices have not been able to register a significant uptrend with $1,290 levels further acting as a key technical barrier. 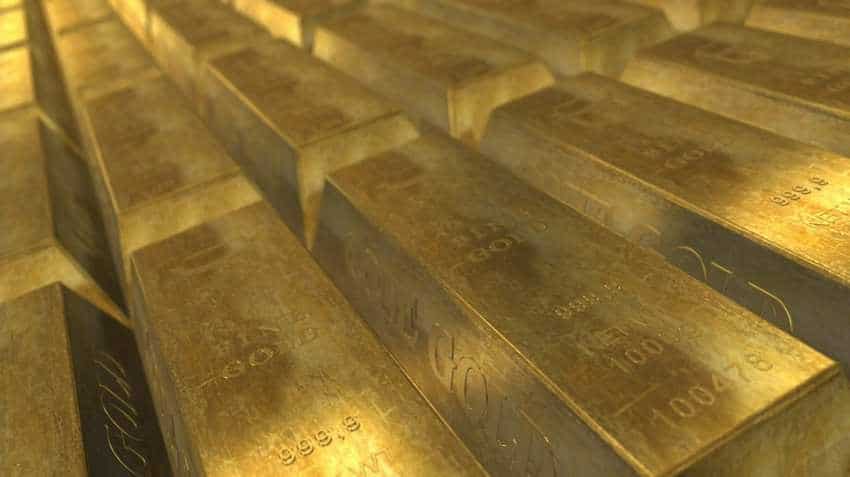 Gold prices closed near session lows on Wednesday after climbing to their highest since April 15 at $1,291.39. Photo: Pixabay

Gold prices held steady on Thursday ahead of Sino-U.S. trade negotiations, while demand for government bonds and Japanese yen and a key technical resistance limited gains for the safe-haven metal. Spot gold firm at $1,280.76 per ounce at 0317 GMT. U.S. gold futures were also steady at $1,281.30. "We are not in the flight to safety or panic mode despite the risk averse market we are seeing right now and that`s why we are not seeing gold prices rally," said David Song, an analyst at DailyFX. Gold prices closed near session lows on Wednesday after climbing to their highest since April 15 at $1,291.39.

"There is still some hope that there could be a deal between U.S. and China. We are watching $1,250-$1,260 levels with 200-day moving average a key factor for gold," Song said, adding that the Japanese yen`s uptick has benefited from the risk-off sentiment in global markets. The dollar has sagged against the Japanese currency, stocks have retreated and government bonds have surged in turn.

Markets were nervously awaiting the start of two-day trade talks in Washington later in the day to see if Chinese negotiators can convince the White House to back down on a possible tariff hike on Chinese imports. Washington has accused Beijing of backtracking on commitments made during trade negotiations and U.S. President Donald Trump has threatened to hike existing tariffs on Chinese goods on Friday and impose fresh levies soon if there is no deal. While gold has managed to draw support due to risk averse markets, prices have not been able to register a significant uptrend with $1,290 levels further acting as a key technical barrier.

"The precious metal has struggled to hold bullish gains as technical overview remains negative for the current term," Singapore-based Phillip Futures said in a note. "A continuation of the negative trend scenario during intraday trading session will see market forces test the key support of $1,274." Spot gold may fall into a range of $1,267-$1,274, as it failed to break a resistance at $1,291 per ounce, according to Reuters technical analyst Wang Tao.