Palladium peaked to an all-time high on Thursday, while gold gained on a weaker dollar and as investors looked for clarity on future U.S. interest rates after the Federal Reserve on Wednesday signalled a higher bar to further monetary easing. 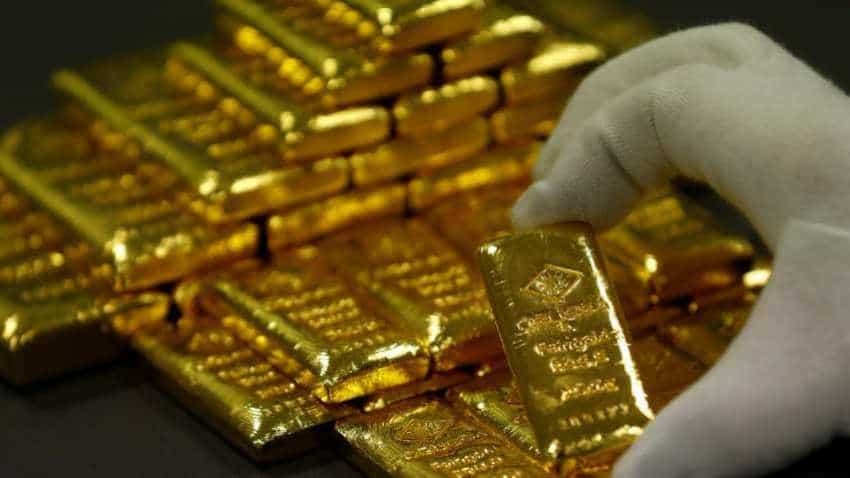 Gold also witnessed some safe-haven demand after Iran warned the United States against any direct combat in the Middle East following an attack on Saudi oil facilities that Washington and Riyadh blamed on Tehran. Image source: Reuters

"The dollar has started to come off and provide some relief (to gold prices) and if so, you`re going to see some buying come in, prices of gold will move higher," said Alex Turro, market strategist at RJO Futures. "The outlook as far as Fed Chairman (Jerome) Powell and the Fed is concerned, you`re going to be looking out to October. The committee was divided, the rhetoric really didn`t provide a clear path moving forward as far as the economy is concerned."

The Fed cut interest rates for the second time this year on Wednesday to help sustain economic expansion but gave mixed signals on future rate cuts. Helping bullion, the dollar index <.DXY> dipped against a major basket of currencies, as it struggled to gain in the face of the less dovish Fed meeting.

"They cut rates, the messaging was a little bit more hawkish than the market is anticipating. A major portion of the market is expecting a cut in October or, at least one more before the year end," said Ryan McKay, a commodity strategist at TD Securities. Central banks from around the world face increasing pressure to offer monetary support as the U.S.-China trade war hurts global growth.

Gold also witnessed some safe-haven demand after Iran warned the United States against any direct combat in the Middle East following an attack on Saudi oil facilities that Washington and Riyadh blamed on Tehran. However, capping gains in bullion, a triptych of U.S. economic data on Thursday surprised to the upside, with existing home sales, jobless claims and Philly Fed reports all rosier than economists expected.

Separately, palladium climbed 2.1% to $1,623.94, after touching a record peak of $1,627.75 earlier in the session. "Palladium is getting an extra bit of the bid as the market becomes less worried about the industrial outlook," TD Securities` McKay said. "The overall optimism on trade has people less concerned on the industrial front but ultimately the positive precious metals environment continues throughout the whole bunch."