Gold reached a six-week high on Monday as the dollar hit its lowest since late September, but fell short of the $1,300 an ounce level. The metal has traded between $1,265 and $1,300 throughout November. 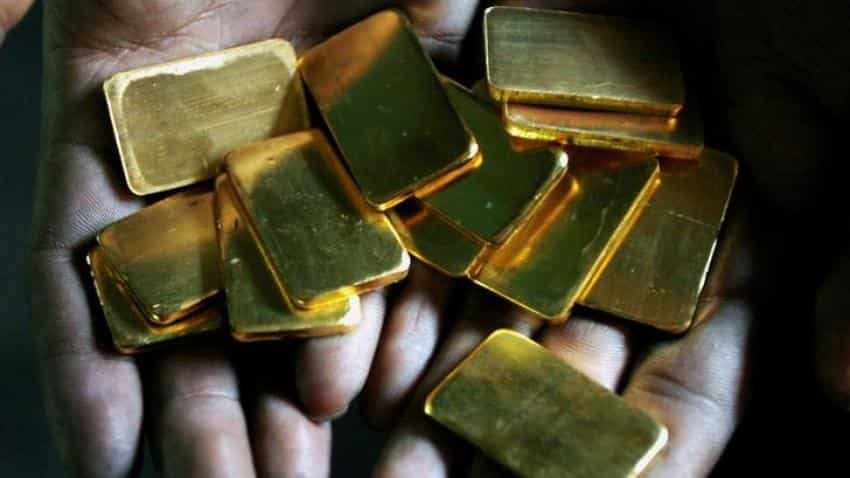 The price of gold edged higher on Wednesday as a retreat in the dollar lent support but it remained hemmed within the narrowest monthly range since 2005 as soaring stock markets indicated buoyant appetite for more cyclical assets.

Gold reached a six-week high on Monday as the dollar hit its lowest since late September, but fell short of the $1,300 an ounce level. The metal has traded between $1,265 and $1,300 throughout November.

"When you have a period of low volatility, it`s actually quite difficult to break out of that," Oxford Economics analyst Daniel Smith said. "Low volatility tends to mean low volatility going forward, (and) you need something fairly major to shock things out of their ranges."

"In terms of gold, you would need some kind of shock probably around inflation, or interest rates, or some major political event. But it does feel as though it`s going to be drifting into year-end."

Gold has risen 12 percent this year, bouncing chiefly in the first quarter as it clawed back some of its losses posted towards the end of 2016 in the run-up to only the second U.S. interest rate increase in a decade.

It is highly sensitive to rising U.S. interest rates, which increase the opportunity cost of holding non-yielding bullion.

While another rate increase is expected next month, fears for more aggressive hikes have receded. Fed chair nominee Jerome Powell said in his Senate confirmation hearing on Tuesday that gradual rate increases would be the best way to sustain the U.S. recovery.

Geopolitical risks can boost demand for safe-haven assets such as gold, but the metal took little support from news overnight that North Korea had tested a new type of intercontinential ballistic missile.

"(That) further reinforces that the risk-off safe-haven premiums associated with gold are gone for now," Jeffrey Halley, senior market analyst with OANDA, said. "This leaves it entirely at the mercy of U.S. yields and the dollar index."