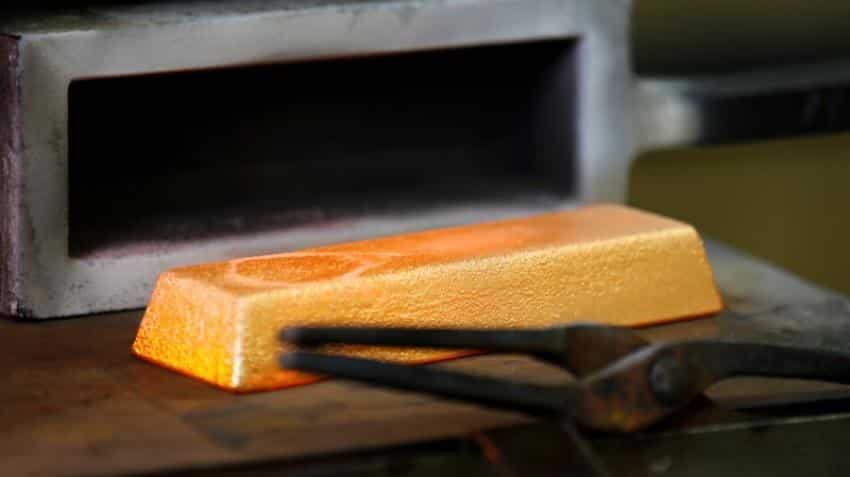 An ingot is left to cool in Ahlatci Metal Refinery in the central Anatolian city of Corum. Image Source: Reuters
Written By: Reuters
RELATED NEWS

Gold edged higher on Tuesday after hitting near five-week lows in the previous session when the dollar rose as an influential Federal Reserve official reaffirmed the central bank`s hawkish stance.

* World stock markets climbed on Monday as technology and retail stocks rebounded from recent weakness and U.S. Treasury yields rose in the wake of hawkish comments from a Federal Reserve official.

* Confidence among Japanese manufacturers bounced in June to match a decade-high level recorded in April and is expected to rise for several months, a Reuters survey found, providing more evidence of economic recovery.

* The two men in charge of Britain`s economy are expected to spell out on Tuesday how they plan to prevent a further hit to its already weakened growth prospects following the launch of the country`s historic Brexit talks.

* The British and EU Brexit negotiators agreed how to organise talks on Britain`s divorce at a first meeting in Brussels on Monday, where both sides stressed goodwill but also the huge complexity and tight deadline.