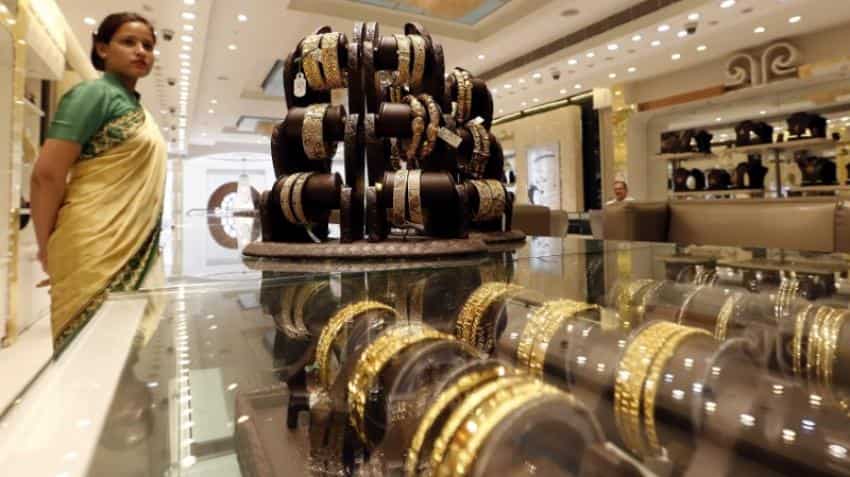 Gold fell to its lowest level in over three weeks on Thursday as a stronger U.S. dollar and the increasing likelihood of another Federal Reserve interest rate hike this year curbed demand.

The U.S. dollar shone while Asian shares slipped slightly on Thursday after the U.S. Federal Reserve announced a plan to start shrinking its balance sheet and signalled one more rate hike later this year.

The U.S. Federal Reserve left interest rates unchanged on Wednesday but signalled it still expects one more increase by the end of the year despite a recent bout of low inflation.

The Fed will reduce its bond holdings evenly across the maturities of Treasury bonds and, on mortgage bonds, it will continue to focus reinvestments on 15- and 30-year securities.

The Bank of Japan is expected to reassure markets on Thursday that it will lag well behind its U.S. counterpart in scaling back its massive stimulus, as an improving economy has yet to boost inflation anywhere near its elusive 2% target.

The Bank of England will raise interest rates for the first time in a decade at its next meeting, a Reuters poll of economists showed on Wednesday, with a large majority saying such a move would be a mistake.

U.S. allies said on Wednesday that enforcing international sanctions on North Korea, and not mere dialogue, was the key to getting Pyongyang to give up its nuclear weapons.