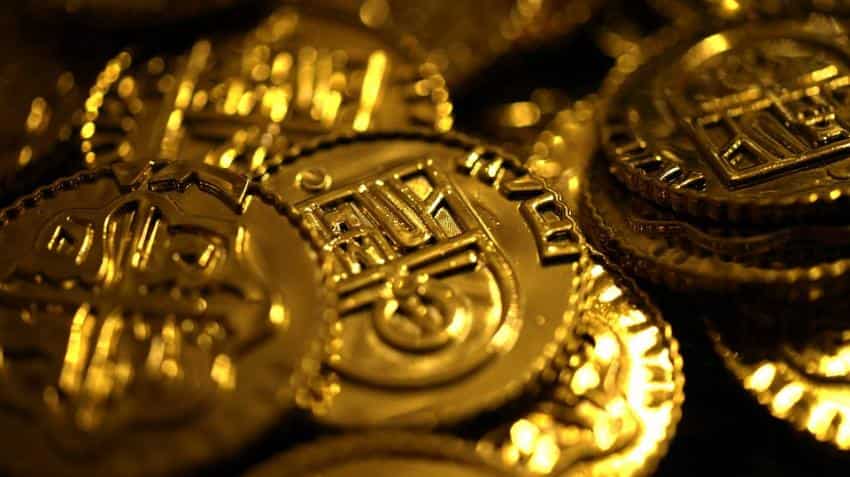 Gold prices hit a four-month peak on Monday as the U.S. dollar index slumped to its lowest in three years but analysts said the greenback`s slide could be short-lived as it was not driven by fundamentals.

"The dollar weakness has calmed down a bit, causing gold to stabilise in the recent hour," ABN AMRO commodity strategist Georgette Boelle said.

A weaker U.S. currency makes dollar-denominated assets such as gold cheaper for holders of other currencies, while higher rates could dent demand for non-interest-paying gold.

"The weakness in the dollar is not justified by fundamentals. It`s a little bit weird considering the divergence in monetary policy should play in favour of a stronger dollar," Capital Economics analyst Simona Gambarini said.

She said the U.S. Federal Reserve was widely expected to raise interest rates, which would favour a stronger dollar, while the European Central Bank should keep rates on hold.

Adding a touch of bullishness to gold was data from the U.S. Commodity Futures Trading Commission on Friday, which showed hedge funds and money managers raised their net long positions in COMEX gold and silver in the week to Jan. 9.

Iran`s president said on Sunday the United States had failed to undermine a nuclear deal between Tehran and major powers, and hailed the accord as a "long-lasting victory" for Iran, state television reported.

U.S. President Donald Trump on Friday delivered an ultimatum to European signatories of the deal to fix the "terrible flaws" in the agreement with Iran, or the United States would pull out.

The metal has seen a sustained rally from high demand in the auto industry amid a supply deficit, analysts said, adding that the sharp price increase was largely overdone.

Bullion Update: Gold crosses 50,000 level, Silver up by more than Rs 500 on MCX - check rates in Delhi, Mumbai, other cities