Gold edges up on Europe political risk, but US rate outlook drags 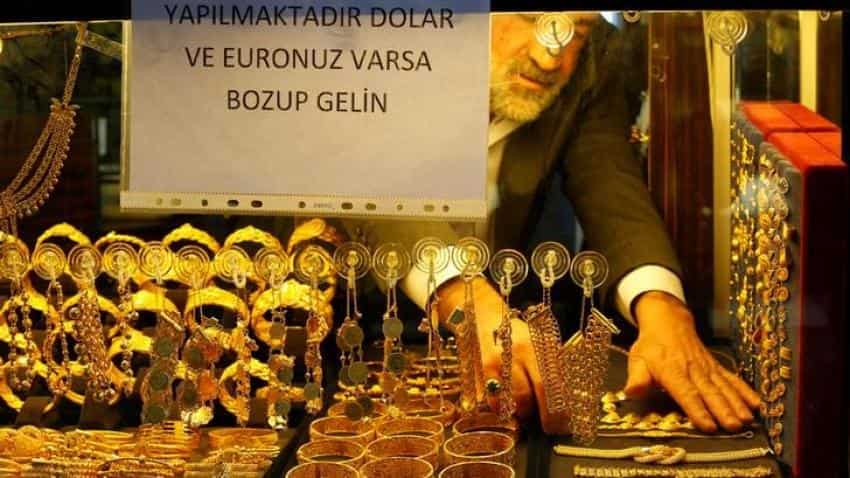 A goldsmith arranges gold wristbands at a jewellery shop at the Grand Bazaar in Istanbul. Photo: Reuters
Written By: Reuters
RELATED NEWS

Gold prices inched up on Monday on safe-haven demand ahead of elections in Europe, moving further away from 5-week lows touched late last week in expectation of an imminent rise in U.S. interest rates.

"Gold should find some safe-haven bids at these levels this week as the Dutch election became more fraught over the weekend," said Jeffrey Halley, senior market analyst at OANDA.

Worries surround this week`s parliamentary election in the Netherlands, which faces political disarray as mainstream parties struggle to forge a viable coalition.

But expectations that the U.S. Federal Reserve will hike rates this week are likely to drag on gold prices. The metal is sensitive to higher U.S. rates as these increase the opportunity cost of holding non-yielding bullion, while boosting the dollar, in which it is priced.

"The Street (is) pricing in a 100-percent chance of a rate hike," said OANDA`s Halley.

Hedge funds and money managers slashed their net long position in COMEX gold from the highest in 3 months in the week to March 7, and cut it slightly in silver, U.S. Commodity Futures