The Fed`s cautious view of inflation could lead to a longer period of low interest rates which provides a solid platform for gold investment, said an analyst with Thomson Reuters-owned metals consultancy GFMS. 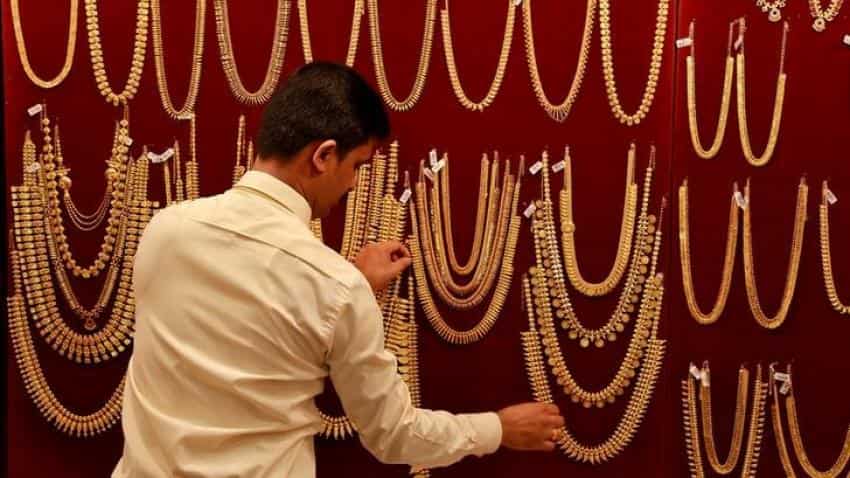 Salesman arranges gold ornaments on display board inside a jewellery showroom in Kochi. Image source: Reuters

Gold prices dipped on Friday as some investors locked in profits at the end of the week, but there are expectations that they could move higher next week.

"I think gold will move back towards $1,300 next week or the week after, maybe on the back of dollar weakness," Georgette Boele, commodity strategist at ABN AMRO in Amsterdam, said.

"There are still some longs in the market, so there`s more technical momentum as they try to push prices up again to see what happens in the last weeks of the year."

Boele said gold was supported by the release of the U.S. Federal Reserve`s minutes on Wednesday, regarded as "dovish" and which lowered market expectations slightly of a March rate hike.

A December rate hike has already been priced in.

"Investor appetite (for gold) is low even after slightly more dovish-than-expected Fed minutes. There just has not been enough to entice investors back into the market in great amounts," ANZ analyst Daniel Hynes said.

The Fed`s cautious view of inflation could lead to a longer period of low interest rates which provides a solid platform for gold investment, said Cameron Alexander, an analyst with Thomson Reuters-owned metals consultancy GFMS.

The buying of physical gold remained thin in major Asian centres this week as higher prices dented demand, though seasonal demand was expected to boost activity in top consumer China next month.

"I would be very careful with palladium, especially at these levels with the market long," Boele said. "The fundamentals are good, but I still think it`s overpriced."