Gold lost further ground on Wednesday after hitting a six-month low in the previous session and as the dollar scaled an 11-month peak on escalating trade tensions, while platinum hit a 2-1/2 year trough. 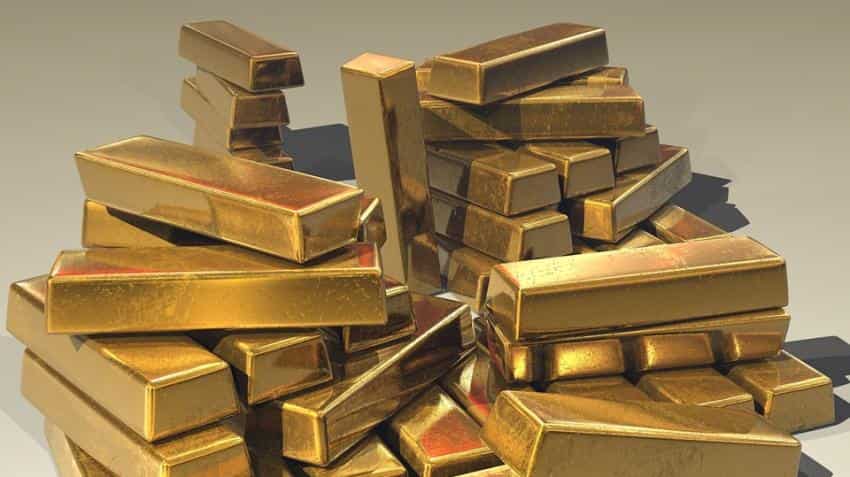 Gold lost further ground on Wednesday after hitting a six-month low in the previous session and as the dollar scaled an 11-month peak on escalating trade tensions, while platinum hit a 2-1/2 year trough. Trade tensions between the United States and China are showing no signs of easing. On Tuesday, a White House trade adviser said that Beijing has underestimated the U.S. president`s resolve to impose more tariffs.

This was after Washington threatened on Monday to impose a 10 percent tariff on $200 billion of Chinese goods after Beijing decided to raise tariffs on $50 billion of U.S. goods in response to similar tariffs on Chinese goods announced Friday. Gold, seen as a safe haven asset, usually gains from geopolitical or economic tensions, but has struggled this time around because the dollar has risen strongly, making dollar priced gold costlier for non-U.S. investors.

"Gold is not in a good position with the (Federal Reserve) hiking (rates) and the dollar strengthening, but the reason it hasn`t fallen as much as you`d expect is that safe haven demand has sustained the price," said Capital Economics analyst Simona Gambarini.

In the wider markets, equities stabilised after Tuesday’s plunge on U.S.-China trade war woes, with signs of Chinese market support and speculation about some monetary policy easing there helping a rebound in Shanghai.

Rising equities tend to indicate more appetite for riskier investments and can weigh on safe havens like gold.

Julius Baer said in a note that platinum remains under pressure from trade tensions and related fears of a slowdown in global growth, but added it does not see further downside at these levels.

"Platinum still suffers from the diesel emission scandal and faces a depreciating South African rand, which lowers dollar-denominated costs (for) South African producers. While the market should remain well supplied against this backdrop, we believe this is reflected in extremely negative sentiment in the futures market. Hence, we maintain a neutral view."