Gold dips as dollar firms on US rate hike views 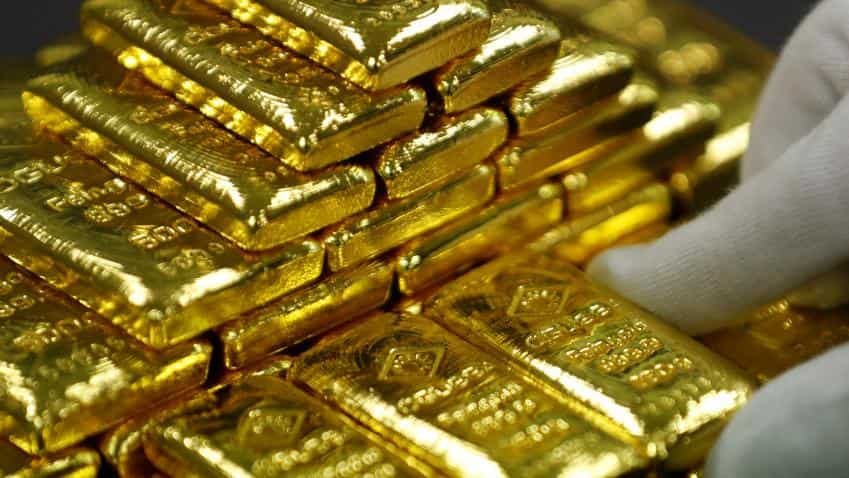 Gold prices inched down on Monday after the dollar firmed on expectations of further U.S. interest rate hikes this year.

"January is usually a good month for gold prices and should remain so on the anticipation of physical demand ahead of the Chinese New Year," said Stephen Innes, APAC head of trading, Oanda.

"While there could be some downside pressure from a possible U.S. dollar correction, gold will likely remain firm until a March Fed hike possibility comes on the radar," Innes said.

The U.S. December non-farm payrolls report on Friday was weaker than expected, but investors reckoned the U.S. Federal Reserve would still raise interest rates multiple times this year, although at a gradual pace.

Gold is highly sensitive to rising U.S. interest rates, as these increase the opportunity cost of holding non-yielding bullion, while boosting the dollar, in which it is priced.

Spot gold may edge up to a resistance at $1,329 per ounce and then start a correction, as suggested by a Fibonacci retracement analysis, according to Reuters technical analyst Wang Tao.

The Chinese New Year demand is yet to pick up as the prices are too hard to swallow," a Singapore-based trader said.

Physical gold demand across Asia remained subdued last week as prices rallied to a three-and-a-half-month high, keeping retail buyers away from the market.