Gold dips ahead of US jobs data, heading for weekly loss 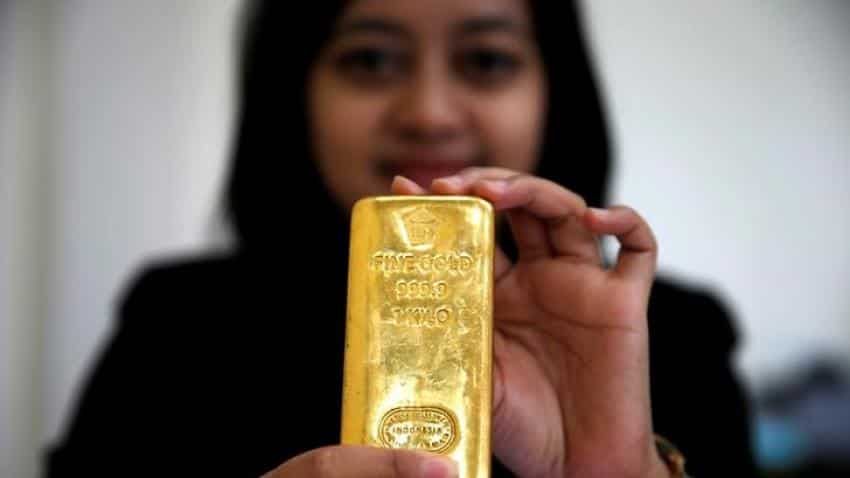 Gold eased on Friday ahead of U.S. jobs data expected to boost confidence in the world`s largest economy and strengthen the case for the Federal Reserve to raise interest rates after buoyant factory data the previous day.

Bullion is highly sensitive to rising interest rates, which make the non-yielding asset less attractive while boosting the dollar, in which it is priced.

Capital Economics commodities economist Simona Gambarini said that a December rate rise has already been factored in to gold prices and that U.S. president-elect Donald Trump is uppermost in investors` minds.

"Most investors are now looking at 2017 to see what`s going to happen with Trump, what policies he will implement and the inflationary impact of those policies."

The dollar index, which measures the greenback against a basket of major currencies, slipped by about 0.1 percent.

"With a rate rise in a couple of weeks almost certain, the dollar will remain firm and gold will remain pressured, although we could see a bit of book squaring in the run up," said Marex Spectron`s head of precious metals, David Govett.

"This means some short-term dollar weakness, which may give gold a lift."

Palladium shed 2 percent to $735.20, having touched its highest since June 2015 at $774.60 in the previous session, but remained set for a fifth straight weekly gain.