Gold climbs back towards 17-month peak as dollar slips

Dollar weakness tends to benefit assets priced in the U.S. unit, which become more affordable for holders of other currencies, while ultra-low interest rates cut the opportunity cost of holding non-yielding bullion. 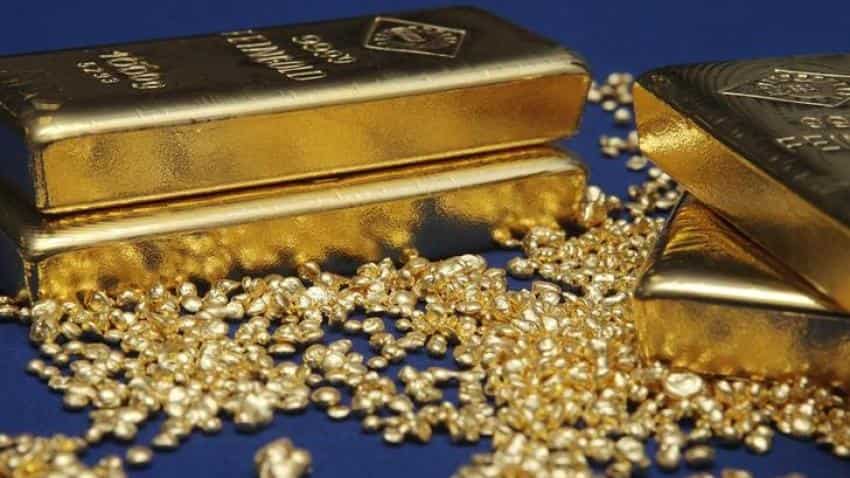 Gold rose on Friday, climbing back towards the previous session`s 17-month peak as suggestions senior U.S. officials may support a weaker dollar knocked the currency lower.

The dollar slipped 0.4 percent against the euro on Friday as comments in favour of a weaker U.S currency by Treasury Secretary Steven Mnuchin led investors to suspect a protracted decline in the greenback may be likely, even though President Donald Trump said he wanted to see a strong dollar.

"Once again it`s all about the dollar," Mitsubishi analyst Jonathan Butler said, saying gold was "threatening to break out to levels not seen since 2013".

"But it is looking overstretched on several technical indicators and there will probably be a degree of short-term profit taking," he said, adding that gold could rise to $1,400 this year if the dollar and interest rates were favourable.

Dollar weakness tends to benefit assets priced in the U.S. unit, which become more affordable for holders of other currencies, while ultra-low interest rates cut the opportunity cost of holding non-yielding bullion.

World stocks were set for their 10th straight week of gains on Friday, having rallied over the past year on the back of a synchronised uptick in global economic growth, a boon to corporate profits and stock valuations.

Gold could benefit if that scorching run cools, GFMS analysts at Thomson Reuters said, predicting that volatility in equities and concerns over global politics could lead to a spike in gold prices above $1,500 an ounce this year.

Among other precious metals, silver was up 0.6 percent at $17.40, having touched its highest in more than four months at $17.69 on Thursday. It was this week`s best performing precious metal, climbing 2.4 percent from Friday`s close.

"The U.S. dollar remains in the driving seat of the metal markets, causing a lot of volatility for silver," Julius Baer said in a note. "We remain neutral but lift our 12-month price target to $17.50 per ounce due to signs of improving industrial demand."