Global stock markets tumbled on Monday and the Chinese yuan weakened to its lowest level since December as the trade war between the United States and China escalated. 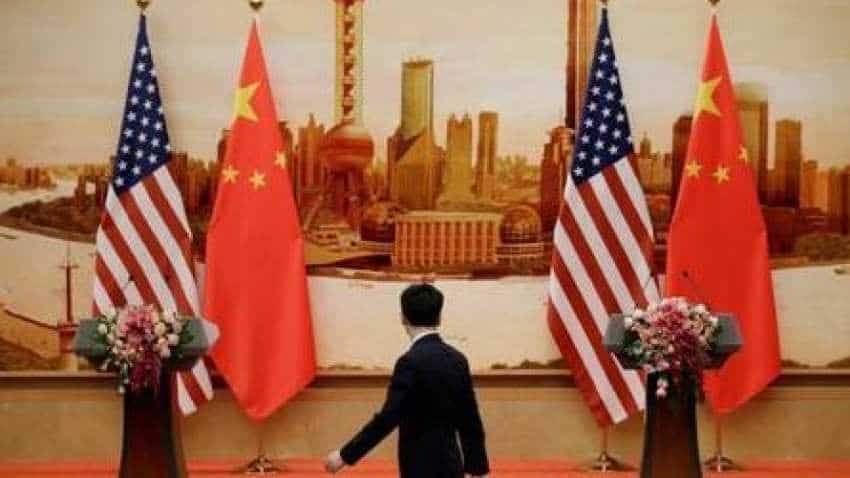 MSCI`s gauge of stocks across the globe shed 1.90%, its biggest one-day drop in more than five months as it touched a two-month low. Image source: Reuters

Global stock markets tumbled on Monday and the Chinese yuan weakened to its lowest level since December as the trade war between the United States and China escalated. MSCI`s gauge of stocks across the globe shed 1.90%, its biggest one-day drop in more than five months as it touched a two-month low. Wall Street`s main indexes tumbled more than 2%.

China said it would impose higher tariffs on a range of U.S. goods, striking back in its trade war with Washington shortly after President Donald Trump warned it not to retaliate in the long-running trade dispute between the world`s two biggest economies. Trump said he would meet with Chinese President Xi Jinping next month.

Investors piled into safe-haven assets, including U.S. Treasuries and the Japanese yen. "It`s clear that there is a lot of nervousness around the U.S.-China trade negotiations and concern that it`s really deteriorating pretty significantly and that`s impacting all areas of markets," said Kristina Hooper, chief global market strategist at Invesco in New York.

China`s finance ministry said it plans to set import tariffs ranging from 5 percent to 25 percent on a target list worth about $60 billion. Trump on Friday ordered his trade chief to begin the process of imposing tariffs on all remaining imports from China, but investors had taken solace in some comments from officials about the negotiations.

"The market has been looking around for an excuse to correct. We were straight up from Christmas," said Paul Nolte, portfolio manager at Kingsview Asset Management in Chicago. "We now have an excuse to have a correction." The pan-European STOXX 600 index lost 1.21%. In currencies, the yuan weakened to as far as 6.92 against the U.S. dollar, its lowest level since Dec. 24.

The dollar index, which measures the greenback against a basket of currencies, was flat, with the euro down 0.04% to $1.1228. U.S. Treasury yields fell to six-week lows as investors piled into low-risk assets. Benchmark 10-year notes last rose 15/32 in price to yield 2.4015%, from 2.455% late on Friday.
Ten-year yields fell below those on three-month Treasury bills. A sustained inversion of this part of the yield curve has preceded every U.S. recession in the past 50 years.

Spot gold added 1.1% to $1,299.72 an ounce.  Oil futures fell as worries about the trade talks spooked investors who had initially sent oil higher on concerns that tanker attacks in the Middle East could disrupt supplies. U.S. crude settled down 1% at $61.04 a barrel, while Brent settled at $70.23 a barrel, down 0.55%.