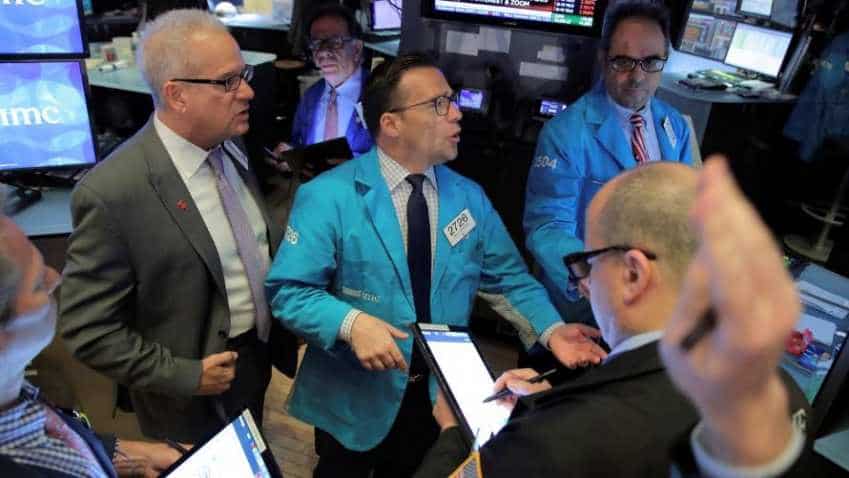 Global stock markets: Shares of Alphabet dropped more than 8%, making it the biggest drag on both the S&P 500 and Nasdaq indexes a day after both hit record levels. Image source: Reuters

Global stock markets: Global equity markets edged lower on Tuesday, weighed by weak Chinese business surveys and a tumble in shares of Google parent Alphabet, while the euro strengthened on the heels of data that showed euro zone growth topped expectations.  Shares of Alphabet dropped more than 8%, making it the biggest drag on both the S&P 500 and Nasdaq indexes a day after both hit record levels, as the company reported its slowest revenue growth in three years. Fellow heavyweight Apple is scheduled to report results after the market close on Tuesday.

"People are definitely taking some profits off names like Apple, Google. There could be a little `peaking` mentality here considering how indexes are at record levels, people tend to get a bit cautious," said Jeremy Bryan, portfolio manager at Gradient Investments in Arden Hills, Minnesota. "Large-cap companies have generally reported better-than-expected numbers but not the kind that would accelerate a rally."

Equity markets were also on shaky footing after surveys on China manufacturing missed forecasts, another sign that Beijing`s efforts to spur growth in the world`s second-biggest economy had yet to take hold. Investors were looking ahead to a policy statement from the U.S. Federal Reserve on Wednesday and payrolls data at the end of the week. The Fed is largely expected to leave interest rates unchanged as it seeks to balance solid economic growth against low inflation.

After seesawing between gains and losses, European stocks ended flat as bank weakness undercut encouraging euro zone data indicating economic growth in the first quarter was much stronger than expected and the unemployment rate fell to its lowest in more than a decade. The pan-European STOXX 600 index rose 0.01% and MSCI`s gauge of stocks across the globe gained 0.10%.

The encouraging regional data helped the euro strengthen to above $1.12 for the first time in a week to a high of $1.1230. The dollar remained subdued against a basket of major currencies even after a round of upbeat data on housing and consumer confidence. The dollar index fell 0.41%, with the euro up 0.31% to $1.122.