Asian shares were little changed on Tuesday, hovering not far from nine-month peaks hit last week, with concerns China may slow the pace of policy easing curbing the market`s enthusiasm. 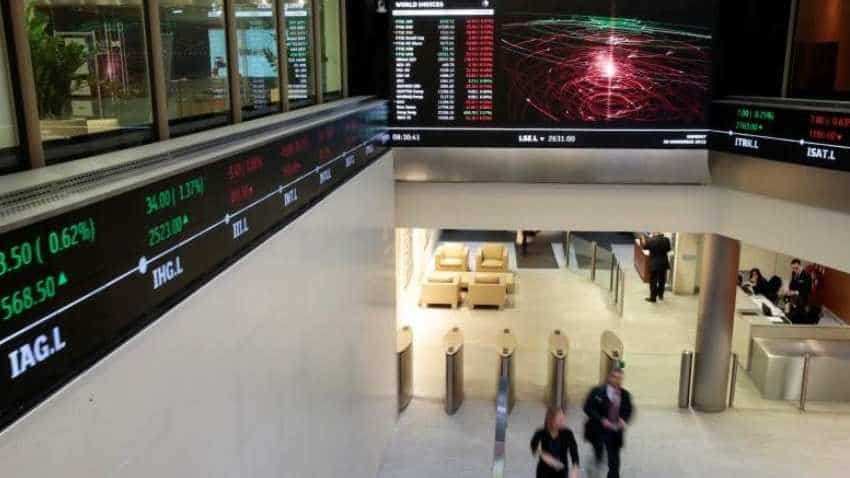 Asian shares were little changed on Tuesday, hovering not far from nine-month peaks hit last week, with concerns China may slow the pace of policy easing curbing the market`s enthusiasm. MSCI`s broadest index of Asia-Pacific shares outside Japan was almost flat, while Japan`s Nikkei average eased 0.2 percent. Many markets around the world remained shut on Monday after the long Easter weekend.

China stocks fell from a 13-month high on Monday, posting their worst session in nearly four weeks, as comments from top policymaking bodies raised investor fears that Beijing will ease up on stimulative policies after some signs of stabilisation in the world`s second-largest economy.

Stocks on Wall Street hovered near break-even on Monday as the benchmark S&P 500 index was about 1 percent away from its record high hit in September, while the S&P energy index led gains on higher oil prices. Oil prices jumped more than 2 percent the previous day to a near six-month high, on growing concern about tight global supplies after the United States announced a further clampdown on Iranian oil exports.

Washington said it would eliminate in May all waivers allowing eight economies to buy Iranian oil without facing U.S. sanctions.  International benchmark Brent crude soared 2.9 percent to settle at $74.04 a barrel on Monday and U.S. West Texas Intermediate crude jumped 2.7 percent to settle at $65.70. Both indexes climbed to nearly six-month highs during the session.

U.S. crude futures last traded at $65.78 per barrel, up 0.4 percent on the day. But sharp gains in oil prices have so far had a limited impact on the broader financial markets.  "Unless the WTI rises well above $70-75 per barrel, there will be limited impact on U.S. Treasuries and the dollar/yen," said Makoto Noji, chief currency and foreign bond strategist at SMBC Nikko Securities.

In the currency market, the dollar index, which measures the greenback against six major currencies, eased 0.2 percent overnight and last traded steady at 97.328. The index hit a two-week high of 97.485 on Thursday, before the start of Good Friday and the Easter weekend. Against the Japanese yen, the dollar was largely flat at 111.96 yen, while the euro was steady to the greenback at 1.2530.

With the jump in the price of oil, one of Canada`s major exports, the Canadian dollar rose 0.4 percent against its U.S. counterpart overnight and last traded at C$1.3352.  On Monday, the Russian rubble hit its highest level against the euro in more than a year, and a one month-peak versus the dollar, also driven by the jump in oil.