Global Markets: Asian stocks and Wall Street futures inched higher on Tuesday as some investors held out hope that Britain still had a chance to avoid a messy exit from the EU. 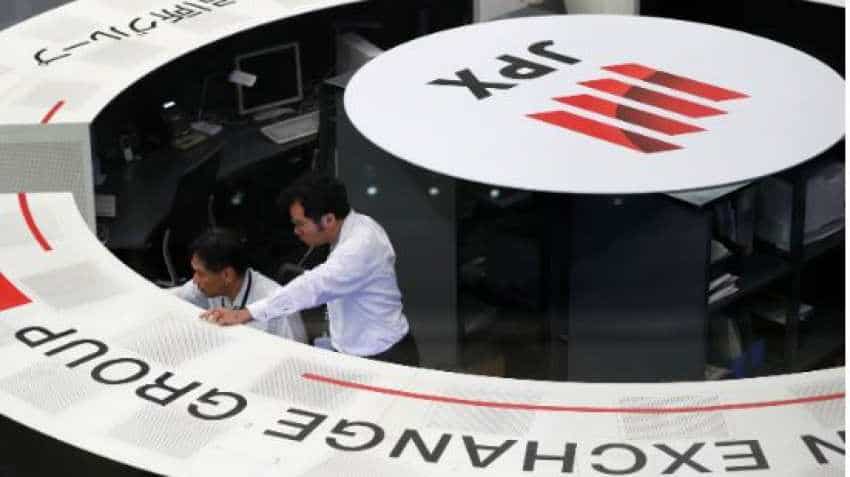 MSCI`s broadest index of Asia-Pacific shares outside Japan was up 0.01%. Australian shares were up 0.12%, while Japan`s Nikkei stock index rose 1.38%. Photo: Reuters

Global Markets: Asian stocks and Wall Street futures inched higher on Tuesday as some investors held out hope that Britain still had a chance to avoid a messy exit from the European Union at key negotiations this week. MSCI`s broadest index of Asia-Pacific shares outside Japan was up 0.01%. Australian shares were up 0.12%, while Japan`s Nikkei stock index rose 1.38%.

Capping the broader gains, however, was a perceived lack of progress coming out of U.S.-China trade negotiations. Reports of a "Phase 1" trade deal between the United States and China last week had earlier cheered markets but the dearth of details around the agreement has since curbed this enthusiasm with oil prices extending declines and the safe-haven yen holding gains versus dollar.

The focus has now shifted to Europe where officials from Britain and the EU will meet at a make-or-break summit on Thursday and Friday that will determine whether or not Britain is headed for a so-called no-deal Brexit.

"Given the parliamentary intervention, I would say the chance of a no-deal Brexit is around 10% to 20%," said Shane Oliver, head of investment strategy and chief economist at AMP Capital Investors in Sydney.

"If there is a deal, sterling would rally and risk assets would rally, but the reaction could be limited to a day."

Traders, however, cautioned that sentiment remains fragile because the outcome of Brexit talks is far from certain and the U.S.-China trade war remains a risk to global growth.

British Prime Minister Boris Johnson wants to strike an exit deal at an EU summit on Thursday and Friday to allow an orderly departure on Oct. 31.

The main sticking point remains the border between EU member Ireland and Northern Ireland, which belongs to the UK. Some EU politicians have expressed guarded optimism that a deal can be reached.

However, diplomats from the EU have indicated they are pessimistic about Johnson`s proposed solution for the border and want more concessions.
In the currency market, sterling held steady at $1.2608, below a three-month high of $1.2708.

The yen , often considered a safe haven in times of economic uncertainty, edged higher to 108.40 per dollar.

A perceived lack of progress in resolving a prolonged trade row between the United States and China also weighed on investor confidence.

The United States agreed to delay an Oct. 15 increase in tariffs on Chinese goods while Beijing said it would buy as much as $50 billion of U.S. agricultural products after tense negotiations last week.

However, the United States has left in place tariffs on hundreds of billions of dollars of Chinese goods.

Trade experts and China market analysts say chances are high that Washington and Beijing will fail to agree on any specifics - as happened in May - in time for a mid-November meeting between Trump and Chinese President Xi Jinping.

U.S. crude dipped 0.22% to $53.47 following a 2% decline overnight due to worries that global energy demand will remain weak.

By early last week, hedge funds had become the most bearish towards petroleum prices since the start of the year, according to an analysis of position records published by the U.S. Commodity Futures Trading Commission and ICE Futures Europe.