The Commerce Department said new orders for key US-made capital goods unexpectedly fell in December, pointing to a further slowdown in business spending on equipment that could crimp economic growth. 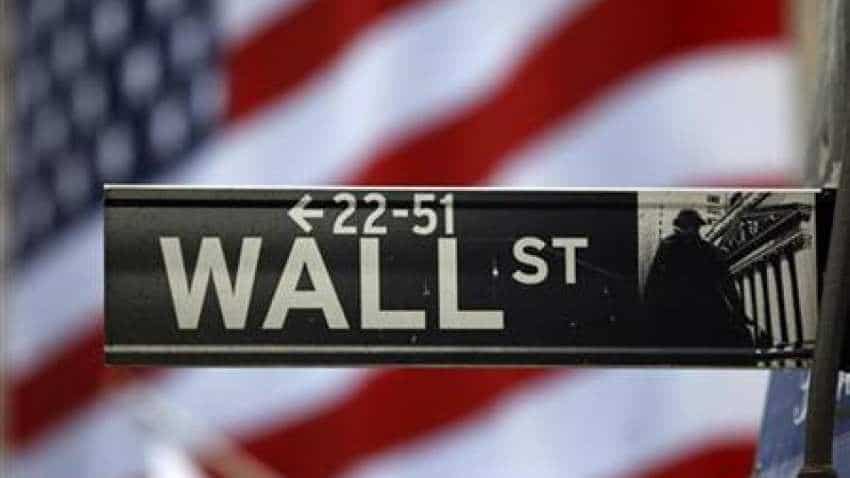 A sharp slowdown in global growth, especially in China and Europe, along with fading fiscal stimulus and trade tensions have fueled recent worries about the economy. Photo: Reuters

Weak economic reports pressured US stocks on Thursday after the market's recent run of gains, and a drop in healthcare shares added to the bearish momentum. The Commerce Department said new orders for key US-made capital goods unexpectedly fell in December, pointing to a further slowdown in business spending on equipment that could crimp economic growth. Separate data showed the Philadelphia Federal Reserve's gauge of US Mid-Atlantic business activity declined in February to its weakest level since May 2016, while another report showed US existing home sales dropped last month to the lowest level since November 2015.

"We've had a tremendous run in the market, and we had weak data that allowed investors to take some profits," said Paul Nolte, portfolio manager at Kingsview Asset Management in Chicago.

Still, he said, "I was a little surprised by some of the weakness in the data. Some of it is weather related and some trade related, so it`s hard to get a good feel for how it would be," without those factors.

Recent gains in the market have been driven by hopes of progress in US-China trade talks and dovish signals from the Federal Reserve. Despite the day's losses, the S&P 500 hovers near two-month highs and is up about 18 percent since its late-December low.
The United States and China have started to outline commitments in principle on the stickiest issues in their trade dispute, marking the most significant progress yet toward ending a seven-month trade war, sources told Reuters. The two sides were trying to reach agreement before March 1, Reuters reported.

The S&P 500 snapped a three-day streak of gains.

A sharp slowdown in global growth, especially in China and Europe, along with fading fiscal stimulus and trade tensions have fuelled recent worries about the economy.
The Atlanta Federal Reserve's GDPNow forecast model now shows the US economy likely expanded at a 1.4 percent annualised rate in the fourth quarter.

Nike Inc shares were down 1 percent after the company's sneaker worn by emerging basketball star Zion Williamson split in half during a game.

Declining issues outnumbered advancing ones on the NYSE by a 1.71-to-1 ratio; on Nasdaq, a 1.39-to-1 ratio favoured decliners.

About 6.9 billion shares changed hands on U.S. exchanges. That compares with the 7.3 billion daily average for the past 20 trading days.