Investors concerned about high valuations took the top off the tech sector, where stocks such as Facebook, Alphabet, Tencent and Alibaba have reached prices some describe as "eye-watering". 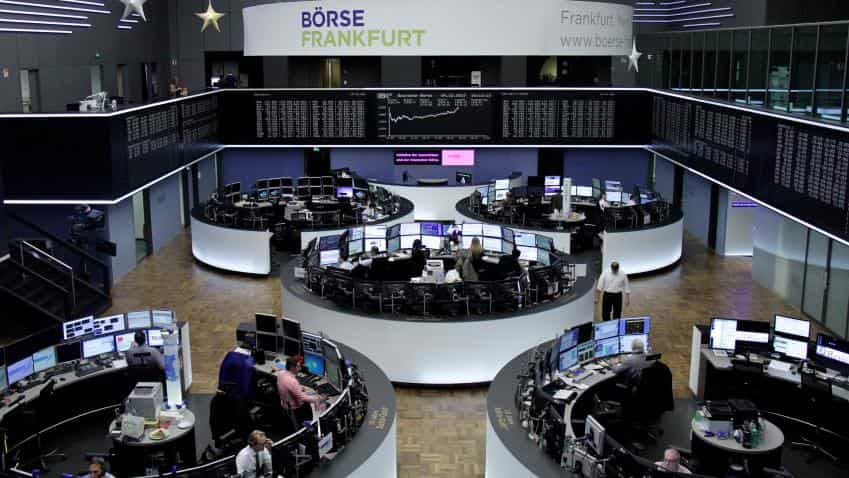 The German share price index, DAX board, is seen at the stock exchange in Frankfurt. Image source: Reuters

Tremors in technology stocks spread to Europe and were set to dent U.S. trading on Wednesday, with weaker metals prices and flagging financials also tripping up a rally that had taken world equities to record highs.

Investors concerned about high valuations took the top off the tech sector, where stocks such as Facebook, Alphabet, Tencent and Alibaba have reached prices some describe as "eye-watering".

Europe`s main index of stocks tumbled 0.7 percent, dragged lower by chipmakers which have been a crucial driver of growth in the sector and seen stellar price gains this year.

U.S. stocks were set to open lower, with S&P and Dow Jones futures falling 0.1 to 0.2 percent while futures of the tech-heavy Nasdaq were down 0.5 percent.

Ken Hsia, European equities portfolio manager at Investec Asset Management, said he had shifted this year from tech into other sectors, including financials, which he thought would gain from higher yields and fiscal stimuli such as U.S. tax cuts.

"Their valuations needed something more heroic in terms of the earnings growth they were reporting, and we sold some and rotated that into other parts of the market," he said.

Another negative for the tech sector was a detail of the U.S. tax cut bill being debated in Congress that would limit the scope of tax credits that are key for research and development.

But bank stocks were the biggest drag on Europe`s STOXX 600 on Wednesday as they also slipped back after gaining strongly in the last week on the tax cut plan, as analysts raised concerns that European lenders will benefit less than U.S. peers.

MSCI`s world equity index, which tracks shares in 47 countries, slipped 0.4 percent, on track for its worst fall in three weeks.

U.S. market volatility rose again in early trading, its eighth day of gains in the last 10 as investors grew more jittery about stock markets driven to pricey levels by optimism about the economy.

"We really don`t see great bargains in any market right now with the U.S. trading at 18.2x price to earnings and 14 percent above its average, and Europe at 15.1x, 10 percent ahead of the average," said Jefferies analysts in a note.

The dollar`s rise on U.S. tax reform hopes has dented base metals which are denominated in the currency.

The two-year U.S. Treasury yield fell slightly but still hovered near the nine-year high it had been driven to by the Fed`s monetary tightening plans and hopes tax reform will boost the economy.

The 10-year Treasury yield also declined, but the yield curve flattened further, near its lowest in a decade. The flattening yield curve has obsessed investors concerned it may be a sign of imminent market stress.

"At the moment it is a market signal to watch and interpret; should the Fed start moving aggressively, however, it will become key to assessing the market`s longer-term economic view," said Edward Park, investment director at Brooks Macdonald.

The dollar dipped, weighed down by lower long-term U.S. yields. The dollar index against six major currencies slipped 0.05 percent to 93.329.

Sterling slipped to $1.3374, down 0.5 percent as Prime Minister Theresa May came under pressure from EU diplomats after Brexit negotiations hit an impasse, and after a report there would be no Brexit deal this week.

Bitcoin meanwhile continued its dizzying ascent, hitting a fresh record high of $12,815.18 on the BitStamp exchange. The cryptocurrency is up more than 1,190 percent so far in 2017.

Emerging stocks fell 1.7 percent to hit a two-month low, having been bruised by rises in the dollar earlier this week.