The dollar also drew support from strong U.S. durable goods orders data that cemented expectations the Federal Reserve is on course to raise interest rates for the third time this year in December. 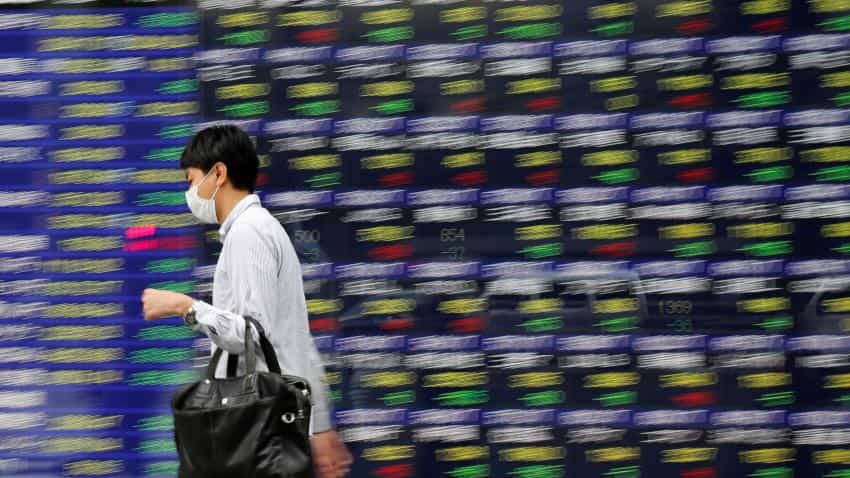 A man walks past an electronic stock quotation board outside a brokerage in Tokyo. Photo: Reuters
Written By: Reuters
RELATED NEWS

Asian shares were firm on Thursday while U.S. bond yields and the dollar held sizable gains made the previous day after President Donald Trump proposed the biggest U.S. tax overhaul in three decades.

The dollar also drew support from strong U.S. durable goods orders data that cemented expectations the Federal Reserve is on course to raise interest rates for the third time this year in December.

On Wall Street, small-cap shares, seen as benefiting the most from the proposed tax cuts, soared.

"The fact that Trump made the tax proposal was seen as a step forward," said Hirokazu Kabeya, chief global strategist at Daiwa Securities.

The proposal faces an uphill battle in Congress, however, with Trump`s own party divided, and the plan already prompting criticism that it favours the rich and companies and could add trillions of dollars to the deficit.

"It is hard to expect this proposal to pass the Congress smoothly. We have to pay attention to how the Republicans will view this," said Takafumi Yamawaki, chief fixed income strategist at J.P. Morgan Securities.

"It is possible that the net fiscal deficit spending will be smaller than what the stock markets expect," he added.

The dollar strengthened against many other emerging market currencies while gold hit a one-month low of $1,281.5 per ounce.

U.S. bond yields also jumped with two-year notes yield rising to a nine-year high of 1.483% in anticipation of a rate hike in December.

Comments from Fed Chair Janet Yellen that the Fed needs to continue with gradual rate hikes have cemented expectations for a year-end policy tightening.

Oil prices hovered a tad below their peaks hit earlier this week as the market consolidated after a strong rally this month.