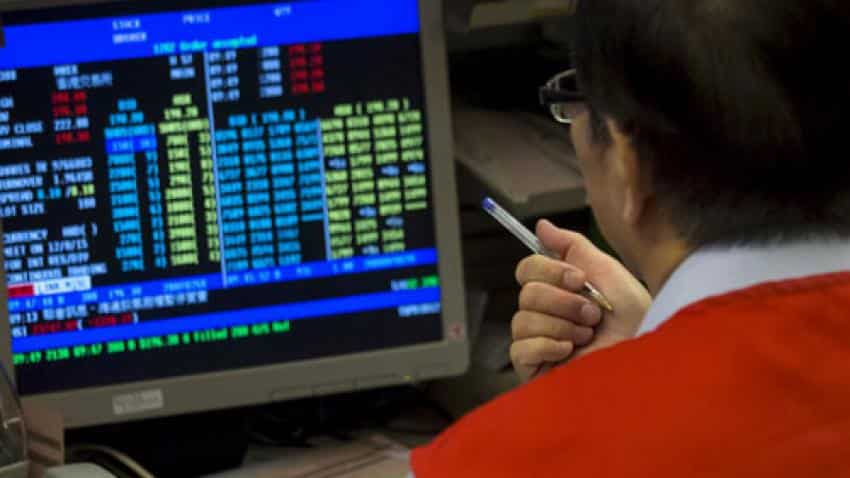 A three-day strike of oil workers in Kuwait has cut the country's production by nearly half. Photo: Reuters
RELATED NEWS

Global stocks reached their highest levels since early December on Tuesday as oil prices rose, driven by a strike in Kuwait, and signs of economic stabilisation in China improved demand for risky assets.

MSCI's All Countries World Index, which tracks shares in 45 countries, rose as high as 407.45 points, its highest since December 7, on strong gains in Europe and Asia.

The rise in oil prices, largely driven by a strike that nearly halved output from Kuwait, drove the Australian dollar to a 10-month high and boosted other commodity-linked currencies against the US dollar.

The strike overshadowed the weekend failure in Doha of producers to agree to freeze output, cutting Kuwaiti production to 1.1 million barrels per day from 2.8 million in March. However, an official of the state refiner said output would be restored in coming days.

Brent crude, the international benchmark, last traded at $43.76 per barrel, up 85 cents.

"It is quite amazing how oil prices have recovered from Monday`s lows. That is shoring up risk appetite and pushing up commodity-linked currencies," said Niels Christensen, an FX strategist at Nordea. "As long as oil remains above $43 a barrel, we think commodity currencies will remain supported."

Oil's rise from the lows around $27 touched in February, along with signs of strength in the US and Chinese economies and the US Federal Reserve`s cautious approach to raising interest rates, have helped lift stocks in recent weeks.

The pan-European FTSEurofirst 300 share index rose 1.3%, led to a three-month high by gains in basic resources stocks. The FTSEurofirst is up 14% from February lows.

The possibility that China is stabilising is reassuring markets, said Lorne Baring, managing director at B Capital Wealth Management in Geneva, cited positive signals from China..

Britain`s resources-heavy FTSE 100 added just 0.3%, held back by a 0.6% rise in sterling against the dollar.

MSCI's broadest index of Asia-Pacific shares outside Japan was up 1.1%, after touching its highest intraday levels since early November.

In China, both the CSI 300 and the Shanghai Composite indexes closed 0.3% higher.

Brazil's currency, the real, gained 1% against the dollar. It had weakened on Monday after the central bank intervened to prevent it rising sharply following a vote to send President Dilma Rousseff to trial in the Senate.
The Australian dollar rose 0.5% to $0.7787, having earlier hit its strongest since June at $0.7802. The Canadian dollar hit its highest since July.

Cautious
Assurances from Chair Janet Yellen that the Fed would be cautious in raising rates have held the dollar in check lately. No move is expected when the Fed meets next week, but investors will be watching for suggestions of an increase in June.

Government bond yields rose with stocks. In the euro zone, Italian yields rose before an auction and Spanish 10-year yields rose 2.8 basis points to 1.53 % after political parties again failed to form a government, following an inconclusive election in December.

Copper prices, which have benefited from signs of economic recovery in China in recent weeks, dipped 0.4 % to $4,809 a tonne.

Gold rose as the dollar weakened. It last traded at around $1,243 an ounce.