Netflix Shares jump 3 percent on Tuesday ahead of the streaming video service's quarterly results, with traders expecting a larger than normal reaction from the stock. 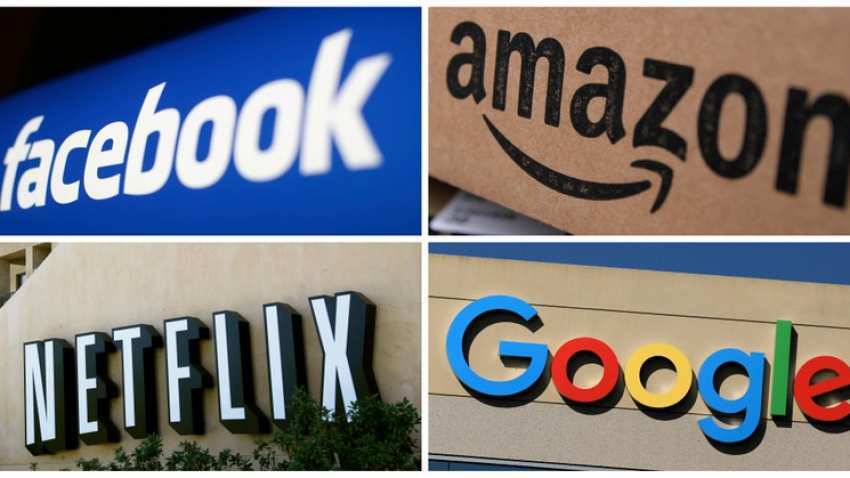 Wall Street's reaction to Netflix results will be viewed as an indicator of what to expect when Amazon.com Inc and Facebook Inc report next week. Photo: Reuters

Shares of Netflix jumped 3 percent on Tuesday ahead of the streaming video service's quarterly results, with traders expecting a larger than normal reaction from the stock as new competition looms from Walt Disney Co. Netflix will be the first to report March-quarter earnings among major high-growth firms and Wall Street's reaction to its results will be viewed as an indicator of what to expect when Amazon.com Inc and Facebook Inc report next week.

"There is some concern that real competition is entering the market, but Netflix is still a good proxy for investor risk appetite, especially for technology," said Joel Kulina, Senior Vice President of Institutional Cash Equities at Wedbush Securities.

Options traders expect Netflix shares to swing by about 7% in either direction in the session after its report, which is expected after the market closes on Tuesday. That is more than the median move of 5.4% in Netflix`s eight most recent quarterly reports, according to options analytics firm Trade Alert.

On Jan. 18 following its last quarterly results, Netflix dropped 4% over concerns about slowing growth, and investors are now focused on how Chief Executive Officer Reed Hastings plans to fend off a major challenge from Walt Disney, with its upcoming Disney+ streaming service.

Disney`s stock has surged 12% since it unveiled the service last week, which will be priced below Netflix and include some of the world`s most popular entertainment franchises. Netflix has slipped almost 3% during that time.

"The real question that investors will want answered is how will the company launch a counterattack to Disney`s massive offensive that is on the horizon?," Jones Trading Chief Market Strategist Mike O`Rourke wrote in a client note.
The so-called FANG group of high-growth stocks, including Facebook, Netflix, Google-parent Alphabet and Amazon, has rebounded sharply following a steep market selloff late last year. Facebook is up 36% year to date, followed by Netflix`s 34% rise. Facebook reports on April 24, Amazon reports on April 25 and Alphabet Inc reports on April 29.