Wall Street`s main indexes were little changed in initial trading. Disappointing forecasts by chip companies Nvidia Corp and Applied Materials weighed on sentiment, but that may have been countered by prospects of a less-aggressive path of rate hikes following comments from Richard Clarida, the newly appointed vice chair of the Federal Reserve. 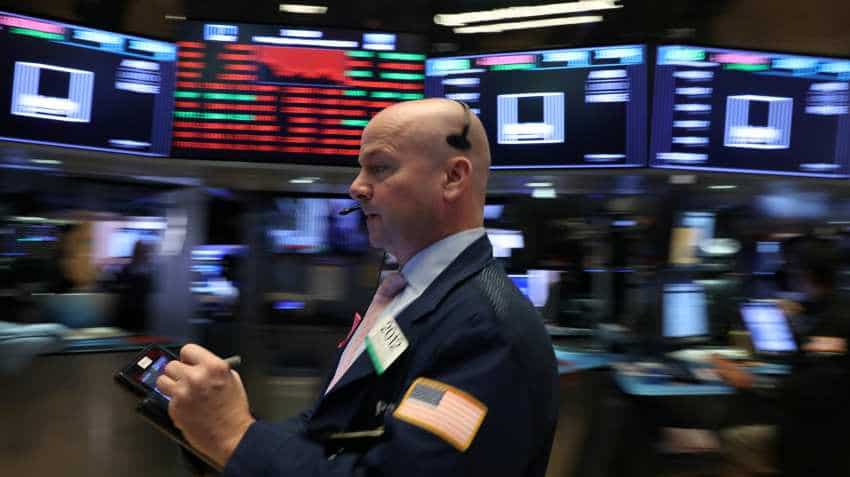 While the Fed is widely expected to raise rates in December, the number of hikes next year is of investor debate. Image source: Reuters
Written By: Reuters
RELATED NEWS

The US dollar weakened and Treasury yields pulled back on Friday after a top Federal Reserve official said U.S. interest rates are near a neutral rate, while continued uncertainty over Brexit clouded currency and other markets. Oil climbed for a third session as it clawed back from steep recent losses.

Wall Street`s main indexes were little changed in initial trading. Disappointing forecasts by chip companies Nvidia Corp and Applied Materials weighed on sentiment, but that may have been countered by prospects of a less-aggressive path of rate hikes following comments from Richard Clarida, the newly appointed vice chair of the Federal Reserve.

Clarida said in a CNBC interview that U.S. interest rates are nearing Fed estimates of a neutral rate, and being at neutral "makes sense."

“Investors are starting to look at the vice chairman’s remarks this morning as perhaps a little dovish, and it is bringing up worries about global growth," said Chris Gaffney, president of World Markets at TIAA Bank in St. Louis.

MSCI`s gauge of stocks across the globe gained 0.24 percent. The pan-European STOXX 600 index lost 0.07 percent.
The index was on course for a weekly loss as Brexit chaos, Italy`s budget showdown with the European Commission and anxious oil markets sapped risk appetite.

British Prime Minister Theresa May won the backing of the most prominent Brexiteer in her government as she fought to save a draft European Union divorce deal that has stirred up a plot to force her out of her job.
After tumbling a day earlier, sterling was last trading at $1.2837, up 0.49 percent, while the euro was up 0.61 percent to $1.1395.

“We are seeing the euro rebound a bit, we’re seeing the pound rebound a bit," Gaffney said. "Both of those items are on the back of perhaps a little more positive news on Brexit, although it’s still a long way from getting done.”

The dollar index, which measures the greenback against a basket of currencies, fell 0.41 percent.

Oil rose on expectations that OPEC and its allies would agree to cut output next month but prices remained down on the week on concerns that the global market was oversupplied.