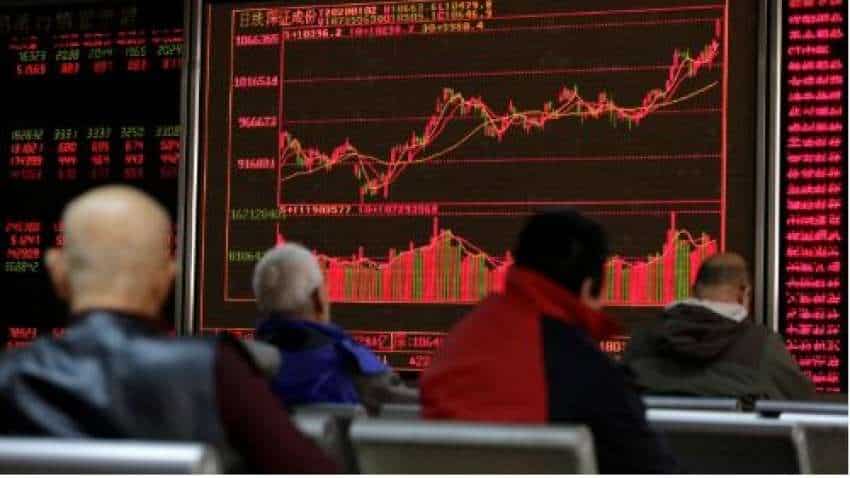 Global Markets: Asian stocks slipped while gold and bonds were in demand on Thursday as worries about the spread of a new virus from China sent investors heading for safety. The Federal Reserve kept interest rates unchanged on Wednesday, as expected, although bank Chairman Jerome Powell`s comments about a low inflation outlook added to US government bonds` appeal.

Yields on benchmark 10-year US Treasuries, which fall when prices rise, tumbled nearly 9 basis points overnight to 1.5790%, and drifted lower to 1.5750% in Asian trade, not far above a three-month low of 1.5700% hit on Tuesday.

Gold extended overnight gains to rally 0.2% to $1,579.60 per ounce. US Fed chairman Jerome Powell said, after keeping rates on hold as expected, that the central bank "is not satisfied with inflation running below 2% and it is not a ceiling."

With the Fed`s targeted core inflation running at 1.6%, the remark was interpreted as scene-setting for a rate cut, with markets now pricing in a 10% it could come in March.

Powell also snuffed a small rally in equities on Wall Street, saying the new coronavirus, which has been spreading rapidly from its origin in Wuhan, China, added to global uncertainty.

China`s National Health Commission said on Thursday the total number of confirmed deaths from the coronavirus in the country climbed to 170 as of late Wednesday, as the number of infected patients rose to 7,711.

The World Health Organisation`s Emergency Committee is due to reconvene on Thursday to decide whether the rapid spread of the virus now constitutes a global emergency.

"In a matter of days, the coronavirus has shuffled the cards, and Fed policy is not sitting quite as comfortably," said Alan Ruskin, Chief International Strategist at Deutsche Bank.

"The Fed, like everybody else, is going to have a tough time quantifying the scale of the potentially large shock emanating out of China."

US stock futures traded flat amid a slew of mixed company results after hours.

Seoul-listed Samsung, the world`s biggest memory chip maker and a bellwether of global tech demand, said its December quarter profit fell by a third, as expected, but forecast a turnaround in chip prices this quarter.