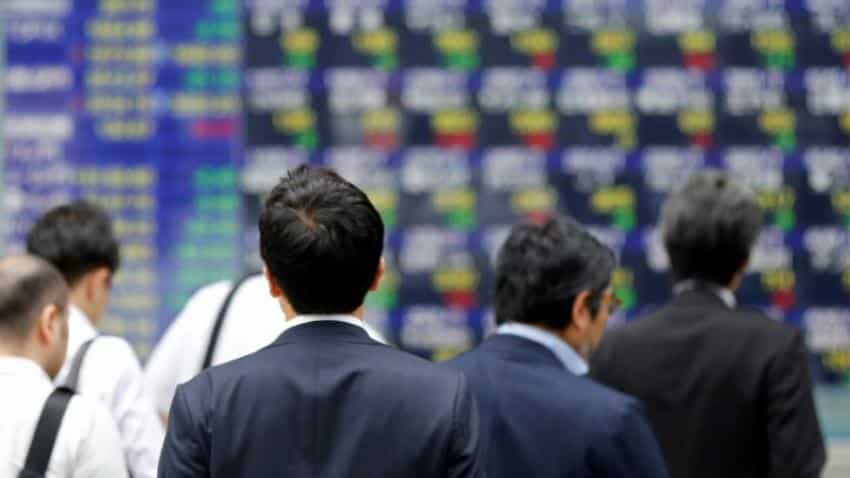 A tweak to the Bank of Japan’s bond-buying programme caused the yen to rise on Tuesday. Image source: Reuters
RELATED NEWS

A tweak to the Bank of Japan’s bond-buying programme caused the yen to rise on Tuesday, while gains from commodity stocks as oil hit its highest since 2015 helped world shares maintain their flying start to the year.

The yen rose as much as half a percent to 112.50 yen to the dollar after Japan`s central bank trimmed its purchases of long-dated government bonds, stoking speculation it could start to wind down its stimulus policy this year.

Since it adopted its yield-curve-control policy in 2016, the BoJ has occasionally tweaked its buying, but some market players seemed to take Tuesday`s move as a signal.

"It shouldn`t be perceived as a monstrous signal of the end of monetary easing but it shows that even the tiniest announcement on a quiet day can have a reaction," said Societe Generale`s global head of currency strategy Kit Juckes.

"And it shows that when they start turning their ship around from this policy, the yen is going to go miles."

The dollar, meanwhile, was rising against most other major currencies.

That was despite the biggest increase in German industrial data since September 2009 and suggested investors were becoming more cautious after a rally that has pushed "long" euro positions to records.

"I don’t think right now levels substantially above $1.20 are justified," Reichelt said. "I know the market is very optimistic about the euro, but if you look at the data and the central bank, the ECB (European Central Bank) is still on an expansionary path."

The yield on the region`s benchmark, German 10-year debt, climbed to 0.44 percent, well above the mid-December level of 0.30 percent.
HOT OIL

In the major commodity markets, the focus remained on oil. U.S. crude prices hit their highest since 2015 on Tuesday amid OPEC-led production cuts and a dip in American drilling.

Beyond equalling that 2015 high, which was a short intra-day spike, Tuesday`s high was the strongest for WTI since December, 2014, at the start of the oil market slump.

"Speculators continued to increase their net long in ICE Brent ... According to exchange data, speculators increased their position by 4,175 lots to leave them with a record net long of 565,459 lots," ING bank said.

Asian trading saw Japan`s Nikkei close at its highest since November 1991, catching up to the previous session`s gains as markets reopened after a holiday on Monday.