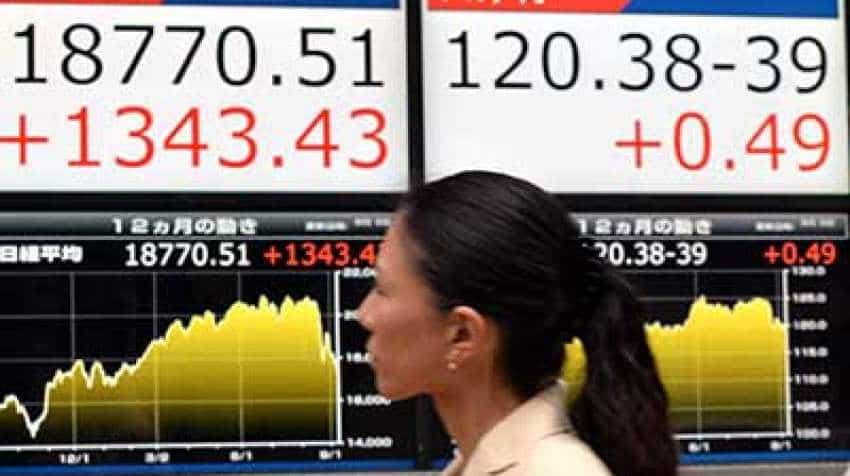 A report from the Institute for Supply Management showed US non-manufacturing sector companies in February placing the most new orders since August 2005, an indicator of robust health.

"In the short term, the equity markets will likely focus on positive factors such as the strong US ISM data," said Soichiro Monji, senior economist at Daiwa SB Investments in Tokyo.

"Steady US growth is a stronger theme than slowing Chinese growth, especially with Sino-US trade talks seemingly headed for some kind of a conclusion."

Beijing revealed at the annual meeting of its parliament on Tuesday that it is targeting economic growth of 6.0 to 6.5 percent in 2019, less than the 6.6 percent gross domestic product growth reported last year.

On the trade front, US Secretary of State Mike Pompeo said on Monday he thought the United States and China were "on the cusp" of a deal to end their trade war. Pompeo added on Tuesday that "Things are in a good place, but it`s got to be right."

In the currency market, the dollar held gains after rising against its peers on Tuesday`s upbeat ISM non-manufacturing sector report.

US crude oil futures were down 0.7 percent at $56.16 per barrel after data from the American Petroleum Institute (API), an industry group, showed a larger-than-expected increase in US crude stockpiles.