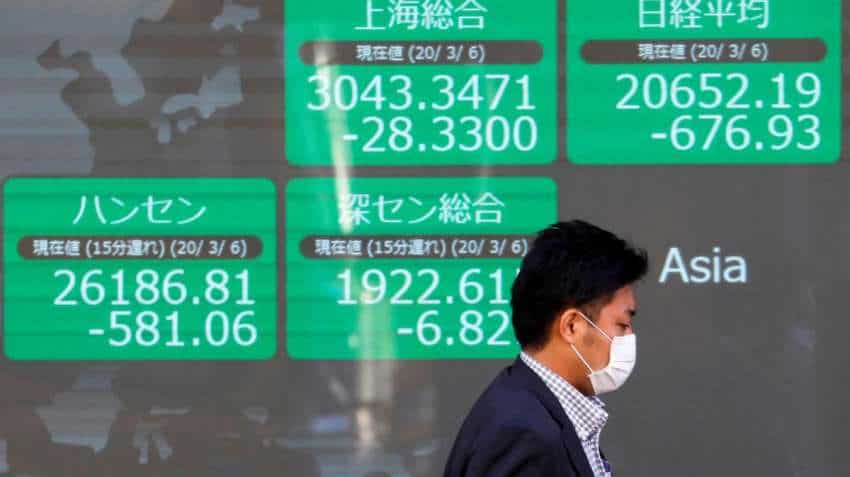 Global Markets: E-mini futures for the S&P 500 were up 0.3% and Japan`s Nikkei 225 futures were 1.6% higher in Asia on Wednesday morning, while Australian S&P/ASX 200 futures rose 0.58% in early trading. Photo: Reuters
Written By: Reuters
RELATED NEWS

Global Markets: Asian stocks were poised to follow the global rally on Wednesday as hopes of more government stimulus bolstered riskier assets and overshadowed a host of other worries from the coronavirus to Hong Kong and growing U.S. civil unrest. E-mini futures for the S&P 500 were up 0.3% and Japan`s Nikkei 225 futures were 1.6% higher in Asia on Wednesday morning, while Australian S&P/ASX 200 futures rose 0.58% in early trading.

That comes after stocks in the United States, Europe and emerging markets hit their highest levels on Tuesday since early March and as bidding for riskier currencies pushed the dollar toward three-month lows and oil neared three-week highs.

From its March 23 low, MSCI`s gauge of stocks across the globe was up 35%. Despite lockdowns to control the COVID-19 pandemic, the global index is down year-to-date only about 8%.

U.S. stocks indexes rose about 1% even as the worst civil unrest in decades left dozens of cities under curfews following protests over the death of an unarmed black man in police custody.

With its gains, the U.S. tech-heavy Nasdaq Composite <.IXIC> is down less than 3% from its pre-pandemic record highs.

"The good times continue to roll in risk markets," Mazen Issa, senior FX strategist at TD Securities, said in a report. "As intense as the rally has been, this is likely set to continue as the breadth of the equity rally has now spread outside the U.S."

The U.S. Treasury yield curve steepened, reflecting the sale of more government debt to finance massive stimulus efforts. The gap between yields on 5- and 30-year Treasuries reached 116 basis points on Tuesday, its highest since early 2017.

"A steepening curve does give equities a bit of a kick," said Kim Rupert, senior economist for Action Economics.

Expectations for additional support from the European Central Bank and the German government boosted European stocks and the euro on Tuesday.

The ECB is expected to ramp up stimulative bond purchases when it meets on Thursday.